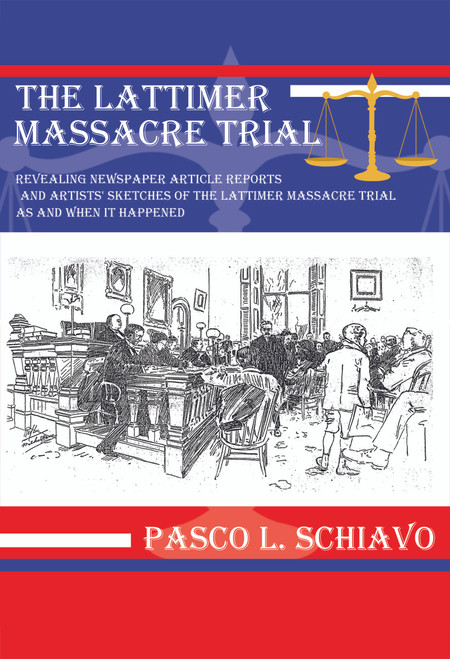 On September 10, 1897, tragedy struck the small mining town of Lattimer, Pennsylvania. Eighteen miners were shot and killed and 38 wounded in what became known as the Lattimer Massacre. This book provides a comprehensive and in-depth look at the ensuing trial, later known as the Lattimer Massacre Trial. It consists of a compilation of contemporaneous news articles which appeared in The Press, a Philadelphia, Pennsylvania newspaper. The articles were written by the newspapers reporters who were present during all stages of the trial and appeared with sketches of the trials events by the newspapers artists who were also present. Never before has such a complete chronicling of the trials events been compiled and presented to the public.

About the Author: Pasco L. Schiavo has always lived in the Hazleton area community where he has been engaged in the practice of law. He is a lawyer certified in civil trial advocacy. He has always been active in promoting the best interests of his community which includes his numerous civic activities, raising funds for educational institutions and research and publication of works on historically significant community events. He is a graduate of Lafayette College where he received his Bachelor of Arts degree and of the University of Pennsylvania Law School where he received his Juris Doctor degree. He has been an Assistant District Attorney of Luzerne County, Pennsylvania, a member of the Disciplinary Board of the Supreme Court of Pennsylvania, a First Lieutenant in the United States Army Reserve and a past President of the Luzerne County Commission on Economic Opportunity. He has written a number of books and articles on the law which have been published in various legal journals.