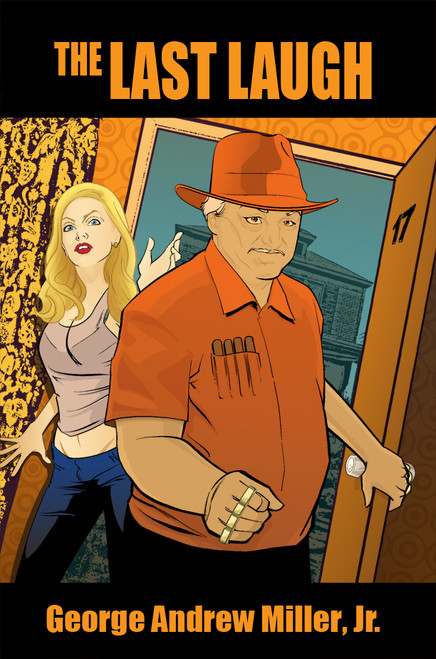 In 1938, Edgar Madison is suffering a financial crisis. He hires the McEachin brothers to stage a fake robbery of the mill’s shaky captive bank. After the robbery, he has the McEachins killed.

Buddy Tate, four-year-old son of Tommy, is a secret, uncomprehending witness as Madison’s Security Patrol slaughter and bury the McEachins.

By 1971, Buddy is a thirty-seven-year-old derelict. While sleeping under a bridge in Texas, he is attacked by a pack of starving dogs and barely escapes. Shaken, he takes steps to better himself.

The Last Laugh by George Andrew Miller, Jr. is a riveting thrill ride that will leave you breathless and hungry for more.

George Andrew Miller, Jr. was born in Brewton, Alabama, in 1935. He attended the University of Alabama and studied creative writing under Professor Hudson Strode. He was a student at the U of A during the desegregation of the college and was a proponent of civil rights then and throughout his life. He graduated with a bachelor of arts degree.

George was an avid tennis player, music lover, British sports car enthusiast, book collector, and dog lover. He married the love of his life, Ozell M. Chandler, in 1966. George passed away in 1981.