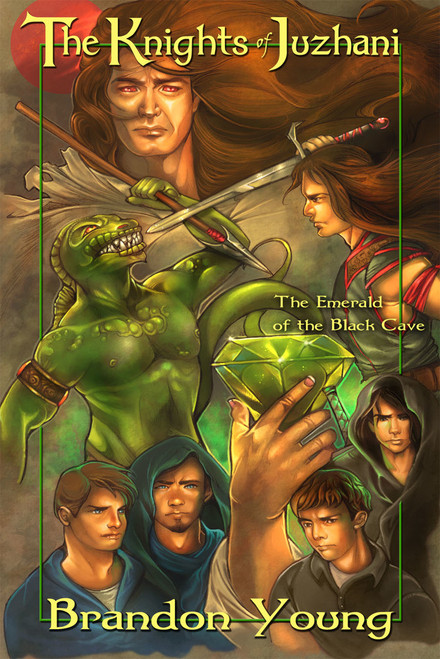 The Knights of Juzhani: The Emerald of the Black Cave
by Brandon Young

Jimmy Bennet is an ordinary kid who is a senior in high school. Except for holding a black belt in karate, he is an average teenager in every respect, with the same hopes and angst. Little does he know that his life is about to turn upside down, starting with his discovery of a strange emerald during his classs field trip in a mine. This gem holds the essence of an evil warrior-sorcerer from another world, who is hell-bent in conquering his native world, the Earth, and the entire universe. So the once carefree boy who is about to graduate from high school, together with his friend, Alex, is plunged into a conflict that spans two worlds and generations in the making. Will he survive such an undertaking? Or will he succumb to the deadly challenges he will face?

Brandon Young was a graduate of Norphlet High School, where he finished with honors, in May 2002. He also graduated from SAU-Tech with a two-year associate degree in web design and e-commerce in May 2004. He loves to hike and stay physically fit. He is an adept in martial arts and holds a first-degree black belt.