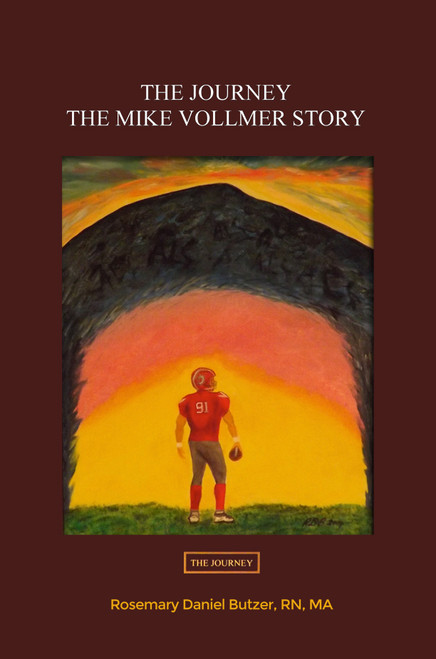 The Journey: The Mike Vollmer Story follows the life of college football star Mike Vollmer and his battle with ALS, also commonly referred to as Lou Gehrig’s disease. A brilliant, kind, and gentle soul, once diagnosed, Mike vowed to never be defined by negativity. He promised to fight mentally, emotionally, and spiritually, every day, to be – in his own words – “a fountain of joy, goodness, peace, encouragement, and happiness” for others. He succeeded.

Leaving behind a legacy of strength and determination, Mike spent a lifetime inspiring his friends and family. His story may just inspire you, too.

Rosemary Daniel Butzer, RN, MA, came into Mike’s life in 2009, when he had a permanent tracheotomy done and went on a ventilator to breathe. Rosemary was instantly impressed by Mike, who remained intelligent, charismatic, and charming, even in the face of adversity. Over the years, she became one of his greatest advocates and friends.

Rosemary is a graduate of The Ohio State University (OSU) with a bachelor’s degree in nursing and a master of arts in health education. She is also a certified early childhood psychologist. She met her husband George at OSU and both of her children graduated from OSU as well.

Over the years, Rosemary has been a huge fan of OSU football. She has also seen first-hand the devastating negative effects such a high-impact sport can have on the players’ bodies. Through her writing and actions, she hopes to educate college football fans on the risks of playing the game and lobbies for greater care for players who suffer from severe conditions as a result.

Journey with the Psychiatrist - eBook