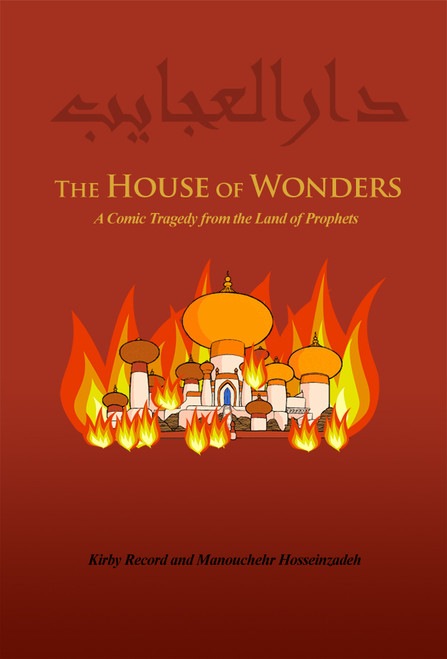 The House of Wonders
by Kirby Record and Manouchehr Hosseinzadeh

The House of Wonders is a mythic tale from the imaginary Kingdom of Ajayeeb, set in the Middle East. This book is a satirical depiction of the hypocrisies of government leaders both Eurocentric and Middle Easternas they ruthlessly pursue their own interests at the expense of their countries and people.

The books protagonists consist of the uneducated and foolish Emir Hallaku, his immature teenage son, Allameh, and the Emirs illegitimate son, Tallal Marouf, a precocious and charismatic young man, who alone might raise the consciousness of his father and preserve the Kingdom. Meanwhile, the Emirs Queen Mother and her equally sinister paramour, General Shefiq, work ceaselessly for greater shares of the Kingdoms power and wealth.

What begins as a hilarious, even leisurely tale builds steadily into a tense thriller, as the irresistible forces of change clash with the unmovable wall of blind tradition. Will the Emir ever acknowledge Tallal as his son and do what he can to lessen the suffering of the Ajayeebian people? Can the Emir and his sons find a way to counter the dire threats, both domestic and foreign, that surround them?

Kirby Record was born in 1947 in Indiana, USA. He studied the classics, linguistics, and literature at Indiana University where he earned three degrees. He has lectured in the US, Malaysia, and Japan. A published author, at present he is working as a professor and Director of Language Programs at Yamanashi University. In addition to his interest in writing, reading, and art, he also enjoys mountain climbing, physical training, and QiGong standing meditation.

A retired journalist and university professor, Manouchehr Hosseinzadeh worked 8 years as a reporter for Kayham Newspaper in Tehran, Iran, before coming to the US for graduate studies, receiving a Masters degree from Indiana University. The next 10 years were spent teaching mass media at universities, then he worked with NGOs on international issues. He co-founded the Farsi language Iran Khabar Newspaper, which closed when a staff member was arrested in Iran. He is now a teacher of courses in Middle East politics and cultures.