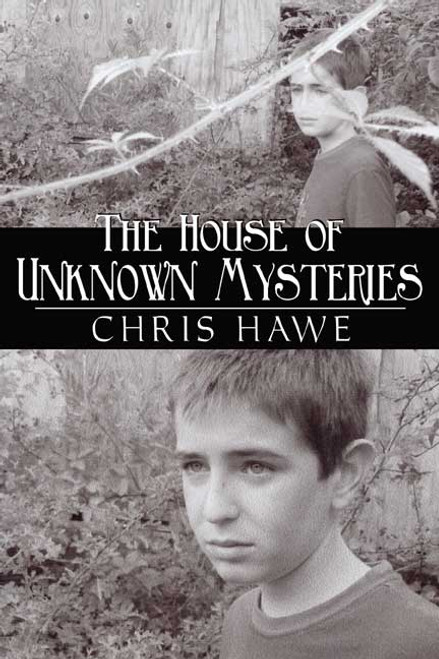 by Chris Hawe Bored out of his mind during his summer vacation and looking for an adventure while his parents are away on business, Jamie disregards their admonition to stay away from a deserted old house. In doing so, he finds more adventure than he bargained for and gives his parents and himself a good fright in the process. Mysterious comings and goings, unrecognizable noises at night, and his younger brothers assertion that he has seen a ghost in that old house next door combine to convince Jamie to indulge his natural curiosity and tendency to ignore his parents strictures on his life. He screws up his courage and involves his sisters in his scheme to spy on the goings-on next door. However, he quickly finds himself in over his head when he finds evidence of smuggling and learns a group of immigrants have been taken captive by the smugglers, who apparently intend to sell them into underground slavery. Jamie himself is kidnapped and held hostage, sending his family into a frenzy of worried searching, but with the assistance of the captive immigrants and his own ingenuity, he is able to escape and quickly goes for help, thus becoming quite a hero and satisfying his urge for adventure. Suspenseful, thrilling, and with a ring of truth, Chris Hawe offers an engaging mystery and intrepid hero in the characters she has created in The House of Unknown Mysteries. ABOUT THE AUTHOR A native of the United Kingdom, Chris Hawe is retired from a career with the local newspaper. She and her husband, Peter, now enjoy spending time with their grown children, Andrew and Anne-Marie, as well as their six grandchildren, to whom she credits her inspiration for the story of The House of Unknown Mysteries. The title was chosen through a competition at Keyham Barton Plymouth (a local primary school). In her spare time she enjoys writing and researching local history. (2006, paperback, 32 pages)
×