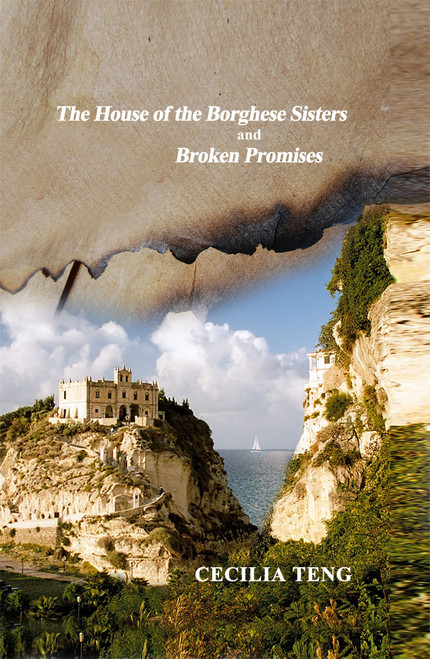 Italys Sorrento Peninsula is an area rich in history, agriculture, and close-knit families. But just below the surface of the spectacular countryside with its stunning views of the Isle of Capri and the powerful and prosperous Borghese family who reside here is a story of deceit and destruction; one that threatens to destroy generations of harmony.

The Borghese sisters, Maggie and Lena, seemed to have it all. But jealousy knows no boundaries, often taking hold until it becomes all-consuming and devastating. Lenas resentment of her older sister, Maggie, was apparent from the time they were just girls, but it came to a dangerous peak the day Maggie met Jensen. An elaborate wedding, followed by the news of a pregnancy, took Lena to the depths of darkness, resulting in lies, heartbreak, and the ultimate deception.

The House of the Borghese Sisters explores the devastating effects of envy and the greed, lust, and selfishness that threaten to destroy generations. The Chinese civil war tore families apart and forced just as many to move for the sake of safety. But within the confines of war, often just below the surface, are stories of love, hope, and survival.

Ming Shane and Sue Lings story is about bittersweet love and aching sorrow and how these two are so gracefully and delicately woven throughout our lives. It is about treasuring the tenderness between two people, working through lifes unpredictable twists and turns, and cherishing the magnificent moments with which we have been blessed.

Cecilia Teng was born in southern China and later escaped to Taiwan in 1949. In 1961, Cecilia received her B.A. in mathematics at Saint Marys University in Kansas and went on to earn her masters degree in theoretical mathematics from Creighton University in Omaha, Nebraska.

Cecilia worked as a computer engineer at Westinghouse Research in Pittsburgh, Pennsylvania, and, along with her husband, Dr. Tian Lih Teng, moved to Long Island, New York, in 1968. She later studied advance Ph.D. work at New York University and became Director of International Education at New York Institute of Technology. In 1991, she created a K-12 private school on Long Island and was deeply involved in the program for more than seventeen years.

Cecilia and her husband are proud parents and grandparents to two sons, a daughter, and five granddaughters.

The House of the Borghese Sisters and The Broken Promises are Cecilias second and third novels. In addition to authoring her first novel, The Innocent One, Cecilia has established herself as an internationally renowned photographer.