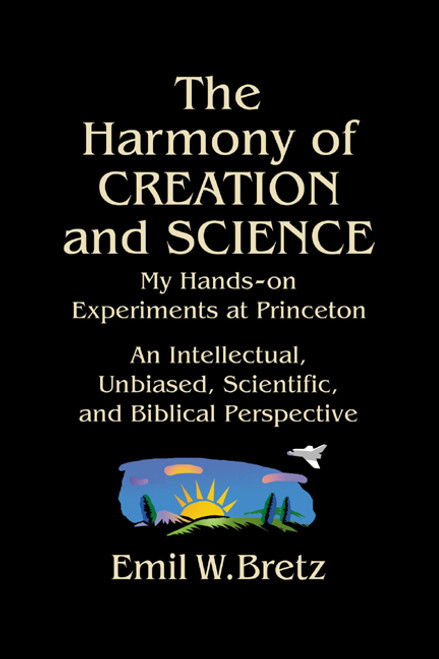 by Emil W. Bretz In this secular, polarized world, the gulf between creationists and scientists has never been wider. The conflicts between the words of the Bible and the findings of modern science seem overwhelming. In this extraordinary book, Emil Bretz draws on his experience and his familiarity with the principles of quantum mechanics to show that the differences are primarily those of perspective. When correctly interpreted, the findings of modern quantum mechanics do not conflict with the Bible, but confirm The Harmony of Creation and Science. This is a different and compelling approach that will leave the reader with much to ponder. ABOUT THE AUTHOR Born in Hungary, where his father was a Baptist minister and founder of the eighty-bed Childrens Hospital in Budapest, Emil Bretz came to America immediately after World War II, becoming a citizen in 1949. He studied electrical engineering and worked in the field of electron and nuclear resonance for years at Princeton and Rutgers, and he believes that being a Baptist is perfectly compatible with a modern scientific outlook. He presently lives in Pennsylvania with his wife, Joni. They have children and grandchildren he wishes he would spend more time with. For fun, he flies single-engine aircraft. (2005, paperback, 100 pages)
×

Creation, Calamity, and Reconstruction: A Biblical Sequence with Evidence from Geology that Evolution is Invalid Science