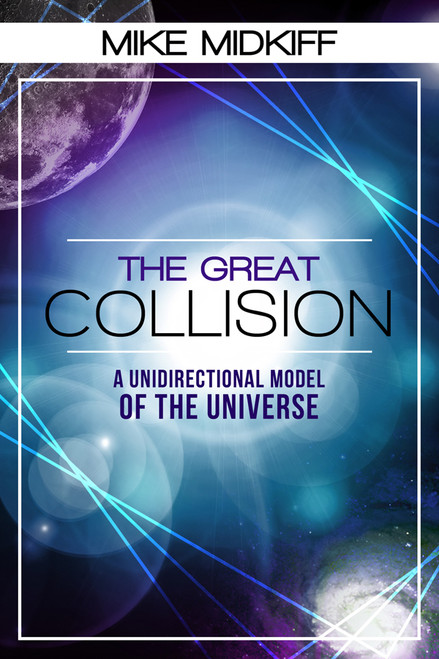 The Great Collision
by Mike Midkiff

In The Great Collision, Mike Midkiff presents an inspiring theory from both a scientific and mathematics perspective, as he attempts to explain the aging process of the universe from its inception. This is a daunting task, indeed, based on the fact that everything is perceived differently depending on an individuals capabilities of knowing and supposing, to quote the author. This results in a progression of change as science continues in its ever-expanding quest for knowledge.

We know that for every rule there is an exception, and Midkiff states that denial of zero can be the starting point to achieve a rule for describing the universe with the fewest exceptions. Mike Midkiffs goal in writing this book is to achieve a simplified, yet explicit model of the universe, which is able to hold without exception both the most trivial phenomena in innate human perception and scientifically observed facts.

The Great Collision provides some thought provoking questions and shares the authors insights into the aging processes of the universefrom the beginningand will challenge your mind, whether you agree or come away with theories of your own.

Mike Midkiff is a native of Tokyo, Japan, and resides there with his wife and daughter, where he is self-employed as a translator. He is a graduate of Kaisei High School in Tokyo and the University of Charleston, West Virginia.

In addition to his writing and a quest to quench his unsatisfied curiosity, he enjoys the game Go in his spare time.

The Gifts of Life