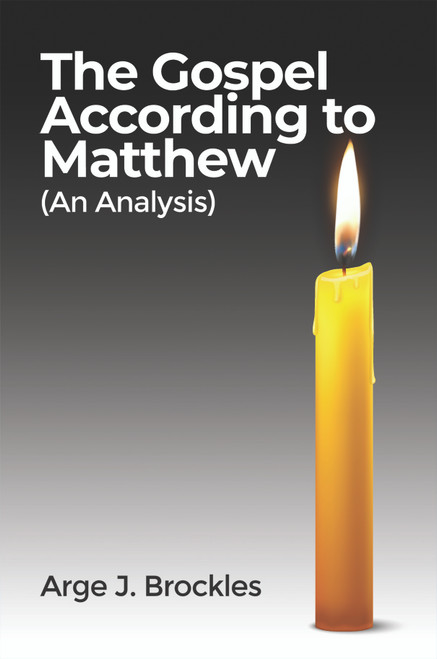 Based on nothing more than a long-held tradition, the four Gospels of the Bible have been taught as being New Testament documents, written for the Church. However, that is a false presumption. The four Gospels are Old Testament books, giving the factual historical record of more than three hundred prophecies, from Genesis to Malachi, of the coming of Israel’s Messiah King. They are four thematic accounts of the life, ministries, and crucifixion of Jesus of Nazareth, Israel’s promised Messiah and King. A study of the Gospel of Matthew proves that fact beyond any reasonable doubt.

The Gospel According to Matthew was written to help those interested in knowing the truth to come to the knowledge and conviction of the truth, as God has set it forth. May it be used to that purpose.

Arge J. Brockles was born and raised in Dallas, Texas, into a family that became prominent in business, politics, and in the Greek community. After attending Texas A&M University, class of 1952, he became the president of Brockles Restaurant, Inc., and vice president of Brockles Food Company. In 1962 he became a Christian, left the family businesses, and entered Dallas Theological Seminary.

Brockles and his late wife have two children, two grandchildren, and two great-grandchildren. He is currently actively writing a commentary on the letters to the Romans.