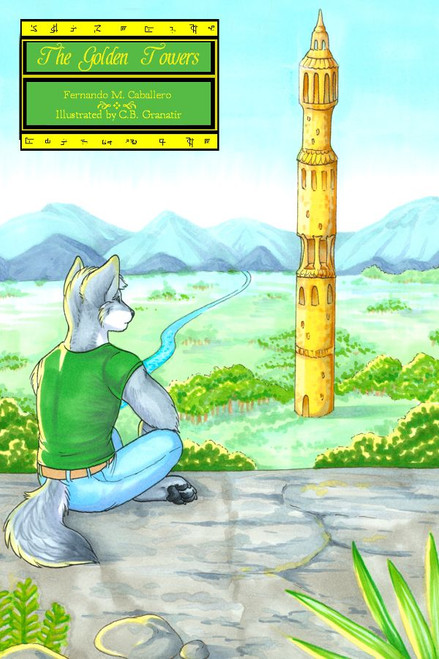 Neill, a genetically engineered wolf from the now obliterated planet Earth, wakes to find himself crash-landed on the lush and beautiful planet Sarcyan, light years away from the dismal world of concrete and corruption he has always known. Enraptured at the prospect of building a new start for himself here, Neill soon discovers the splendor and tranquility of Sarcyan is threatened by a powerful simian order called the White Hand Army, led by the evil Zirack. Joined by the alluring and kind-hearted Amber, a runaway wolf princess from the nearby planet Tira, Neill sets out on an epic quest to unite the diverse civilizations of Sarcyan for battle against the White Hand Army and to save the Lantain planetary system from its impending demise.

Fernando M. Caballero has been an avid fiction reader and writer all his life. As a child, he enjoyed spending time in the library, immersed in the works of classic and contemporary fiction authors. The Golden Towers, which is the first book of Caballeros Lantain trilogy, came from humble beginnings on an old Olympus typewriter in early 1994 and has since been rewritten several times. The characters began as doodles in the authors old math notebook from his school days and today are preserved in a plastic binder as a reminder of how far theyve come.