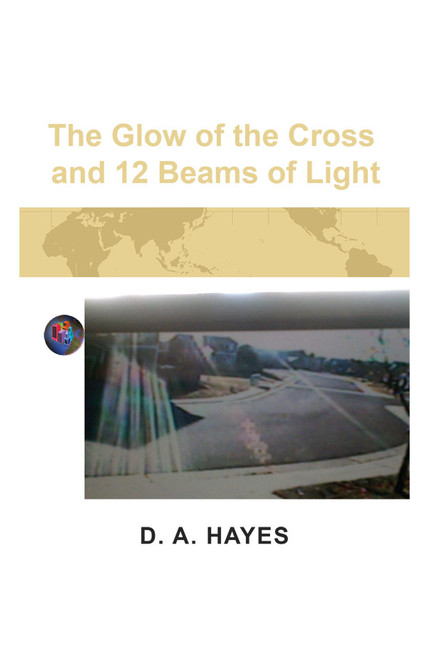 The Glow of the Cross and 12 Beams of Light
by D. A. Hayes

The Glow of a Cross and Twelve Beams of Light by D. A. Hayes is a religious rendering of a man's experiences and his relationship with the Father, Son, and the Holy Spirit. This journey began with a marvelous and mystical vision he experienced in broad daylight. He voices spiritual prose to express his initial disbelief at its existence and then to give thanks as he accepts it as a message from the Divine to show his love and support of His children.

He tells us that 'Attitude' and 'Altitude' are facts of life, which can be used to rise and soar above strife, harassment, and the attempts of others to hold us down.

The Author was born in Cleveland, Ohio, during the snowstorm of 1950, which was the deepest in Ohios history at that time. Nearly the entire state had over 30 inches and most communities in the eastern half of Ohio measured 2 to 3 feet of snow during this storm. As the storm strengthened, winds increased to over 40 MPH and a severe cold wave swept the state, dropping temperatures to near zero, late in the day. Then, on June 8, 1953, a killer lightning storm and tornado struck the area. Out of nowhere there was an enormous bright flash and a loud explosion, and that was when the author was struck by lightning.

On the morning of July 20, 2012, the author saw the glowing of a cross and twelve beams of light. That very same day/night of the Aurora Century 16 Theater shootings happened. That very same night he sees and captures the image of another cross. Then, during the afternoon on September 11, 2013, he and his wife come home and they see what looks like something or someone looking into their window, although the window is approximately twelve feet off the ground and the figure is in the top part of the window. Then there is a lighting strike and the sound of thunder and it starts to rain and rain and rain. It turned out to be the worst rainstorm in Colorado history; there was even heavy flooding where they live in Aurora. Some even compared it to the biblical flood. Statisticians stated that it was the worst flooding in over 100 or even 1,000 years. There are communities still trying to recover from the flooding, even now.

The Meaning of the Cross in the Modern Society of Today