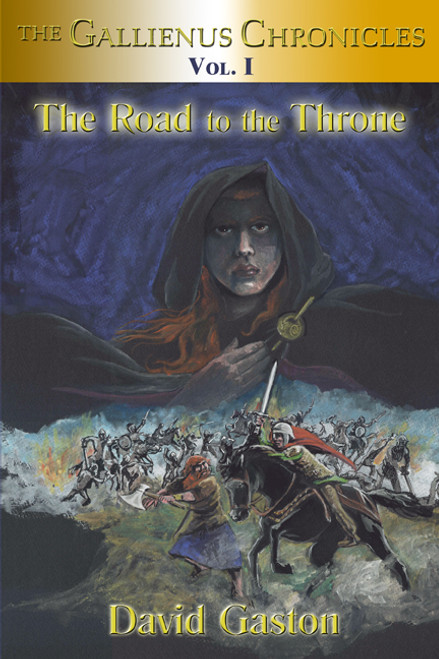 by David Gaston At the time of the dissolution of the Roman Empire, the province of Britain is left to fend for itself against the invading barbarians, who pillage all cities they encounter in order to build their riches. The prominent and well-respected Gallienus family becomes particular targets for the marauding Saxons, who set out to end the family line in revenge for a humiliating defeat once inflicted by a Gallienus. Through the help of a traitor, the barbarians destroy the family home, the Villa Gallienus; however, Paulinus, his niece Julia, and her half-brother Artorius are able to escape, along with Lothar, Julias childhood friend, and Sarah, Artoriuss mother. Paulinus leads the family deep into the forest, where they form a new community, Sanctuary, which becomes just that for a number of refugees seeking a peaceful home. Will the people of Sanctuary live in peace, or will they be discovered by the Saxons? And will the barbarians be successful in their crusade to extinguish the Gallienus family line? The Gallienus Chronicles, Volume I: The Road to the Throne, a historical novel by David Gaston, details the struggles endured by the Gallienus family and their friends on their quest to live in peace in their ever-changing world. ABOUT THE AUTHOR A native of Blackburn, Lancashire, in the United Kingdom, David Gaston is a semi-retired teaching assistant and chess coach in primary schools. He is the manager of the Lancashire Under-9 and Under-11 chess teams. David is also an executive committee member of the Lancashire Chess Association, and he helped found the Crusaders Chess Club in 1991. In addition to playing and coaching chess, he enjoys watching football and reading. The Gallienus Chronicles, Vol. 1: The Road To the Throne was inspired by Davids interest in Arthurian legends, particularly in the experiences and circumstances that shaped the character of King Arthur. (2008, paperback, 266 pages)
×

The Forest of Ry