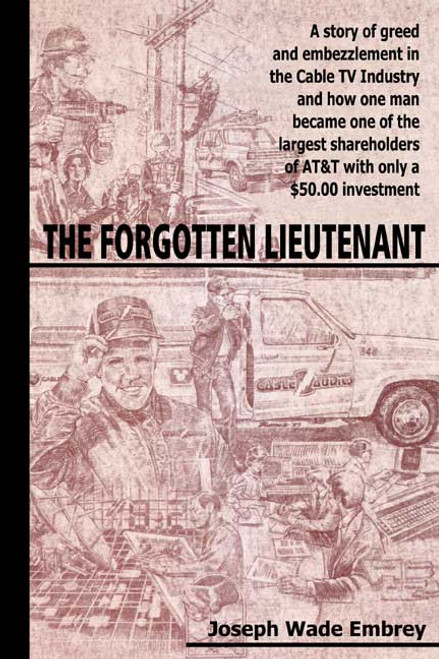 by Joseph Wade Embrey Imagine working hard all your life at a job you love, making friends with your co-workers, and having the world on a string, only to have those so-called friends you helped move up in the company and the world bring about the total destruction of your life in almost every way imaginable. All because you did your job and did it so well, you unknowingly threatened the personal insecurities of a few well-placed individuals who haunted you throughout the rest of your career as you struggled to make sense of the backstabbing and behind-the-curtains shenanigans that resulted in your world crashing down around your ears. Now youre walking in Joseph Wade Embreys shoes. Having gotten in on the ground floor of the cable television boom in the early 1970s with a nationwide company, Embrey thought he had it made as he worked his way up the corporate ladder. However unethical and illegal dealings eventually forced him to seek greener pastures to save his own soul, but even when he struck out on his own, the corrupt men he thought were his friends hounded him for years, bringing about the total destruction of his business and career, very nearly costing him his life in the process. In The Forgotten Lieutenant, Embrey blows the lid off a business in which it became every man for himself as the fledgling cable television industry underwent the upheaval of growing pains and greedy, self-centered players stabbed in the back by anyone with the guts, know-how, and strength to make it on his own in a cutthroat field. ABOUT THE AUTHOR Joseph Wade Embrey and his wife, Noralene, settled in Washington, D.C., ten years ago, where he is now self-employed as an antique dealer. (2005, paperback, 210 pages)
×

The Fine Line Between Demonic Influence and Illness