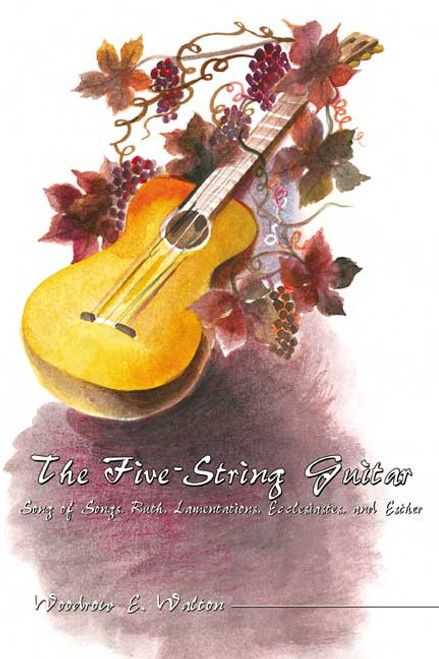 by Woodrow E. Walton As the strings on a guitar, each of the Five Scrolls Song of Songs, Ruth, Lamentations, Ecclesiastes, and Esther is a unique note, yet they can be played together like the five notes of a beautiful chord; each contributes to the whole as they unite to form a complete unit in this score of biblical music. In the Hebrew Scripture, they comprise a single unit called the Five Festival Scrolls. In this well researched treatise, Dr. Woodrow E. Walton takes a look at these Five Scrolls as a single entity and asserts that although different in their totalities, they portray the whole of a persons life and convey the Word of God through their distinct characters. ABOUT THE AUTHOR An ordained Assemblies of God minister, Dr. Woodrow E. Waltons academic accolades include a B.A., Texas Christian University (1957); B.D. (M.Div.), Duke University Divinity School (1960); University of Oklahoma Graduate School, M.A. (1970); D.Min., Oral Roberts University School of Theology and Missions (1993). He has served as the professor of practical theology at American Christian College and Seminary in Oklahoma City as well as a member of the Evangelical Theological Society, the American Society of Church History and the American Association of Christian Counselors. His writing has also appeared in the Journal of the American Academy of Ministry. (2006, paperback, 32 pages)
×