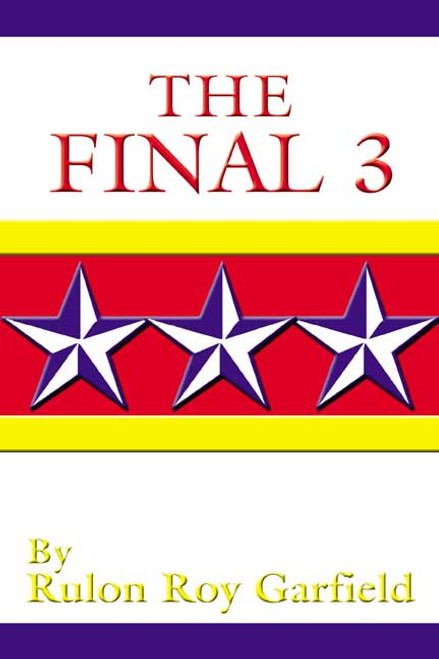 by Rulon Roy Garfield The Final 3 is a complex and compelling story that examines basic moral values in the midst of difficult times. Spanning the long months from the bombing of Pearl Harbor on December 7, 1941, to the Battle of the Bulge at Christmas of 1944, three boys and two girls fall for the foibles, folly, and faults of youth. The boys serve with distinction in the quest for freedom and democracy against the totalitarian dictatorships of the era. The girls seek to find themselves. All five stumble in their hopes for happiness. They need to change their lives, and each of them seeks repentance. They discover that repentance is real-redemption realized. The Final 3 speaks to modern concerns about war and politics, sin and success. His characters demonstrate that the soul is immortal and life is rich and challenging. ABOUT THE AUTHOR Rulon Roy Garfield graduated from high school in June of 1944, which noted author Stephen Ambrose declared to be the worst time in the twentieth century to have graduated from high school, so many were killed at war. Garfield is a veteran of World War II and the Korean War as a training officer, troop movements commander, combat platoon leader, and battalion adjutant. He knows the sacrifices many have made to ensure freedom and democracy for peoples of the world. He has long been active in The Church of Jesus Christ of Latter-day Saints, serving twice as a bishop and in many other capacities that have led him to work with both the folly and grace of youth. The author of a dozen books and numerous articles, reviews, and chapters, Garfields most recent publications include Financing Education in a Climate of Change, Policy and Politics in American Education, and The Second Mouse Gets the Cheese. (2006, paperback, 218 pages)
×

The Fall Line: A Tale of Old Jamestown

The Forest of Ry