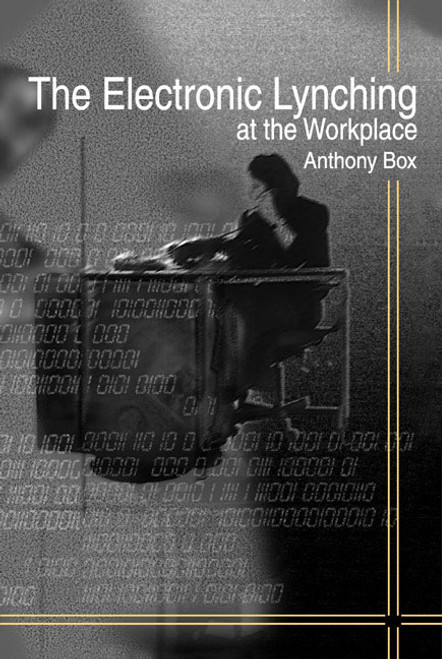 For seventeen years, Anthony Box has quietly accepted the overt racism, humiliation, degradation, and harassment that have been directed at him by fellow employees, supervisors, and upper-level management. He was determined to live the lessons taught to him by his grandmother: not lowering himself to the level of the ignorant, being a better person than those who taunt and aggravate him, and turning the other cheek when abuse is directed his way. NO MORE! He is fighting back, for himself and for all employees who have been intimidated, demeaned, and debased by this airplane controls manufacturing company. With scrupulous detail his shocking story blows the lid off rampant corruption in a small industrial city in which people only want to do an honest days work and then go home and spend time with their families without fear. Powerful and incredible, The Electronic Lynching in the Workplace will have you shaking your head that such abuses of power could still occur in the modern workplace.

Born in Camden, Arkansas, and raised by his grandmother after his father abandoned the family, Anthony Box strove to become a respectable and contributing member of society. To that end, he moved to Loves Park, Illinois, where he and his wife have resided for eighteen years and share in raising their children. In his spare time, he is a basketball coach with the Illinois High School Coaching Association and also enjoys bike riding, flag football, and mentoring kids.