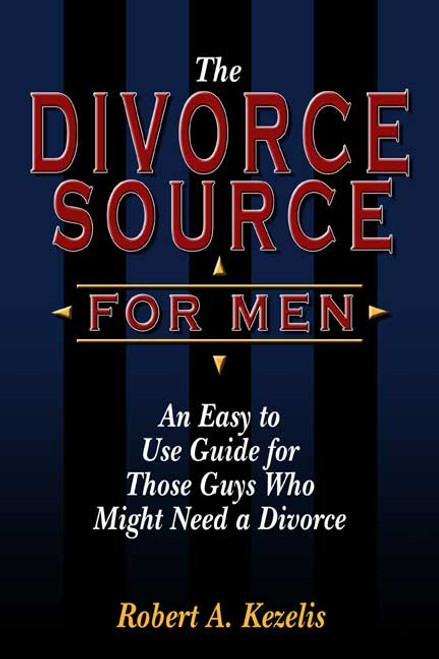 by Robert A. Kezelis Most divorce guides are aimed at women. Mens rights in a divorce are all too often just ignored. That stops now. A successful marriage means having friendship, trust, interaction, and mutual support. But a bad marriage can be lonelier than living alone. If divorce is the right step for you, your life will improve quickly. And your kids will grow up healthier, safer, and saner. There is no magic or secret stuff in this book, just common sense (which isnt all that common) and fairness. The Divorce Source for Men is simply a clear, supportive guide with useful procedures and functional checklists for men who need a basic road map through the often hostile territory the swamps and jungles of modern divorce. ABOUT THE AUTHOR Robert A. Kezelis is a practicing attorney and a member of the Chicago Bar Association, Illinois Trial Lawyers Association, and ABANA. He earned his J.D. at John Marshall Law School and his B.S. at Northwestern University. Even though he was himself an attorney, Robert A. Kezelis went through what he calls a nasty divorce without a clue. This experience prompted him to write The Divorce Source for Men. If this book had already been written by someone else, it would have saved him a good deal of trouble, but it hadnt been. So of course, Kezelis had to write it. The Divorce Source for Men is Kezeliss first published book. (2006, paperback, 98 pages)
×

Men's Guide to Planette Earth, or Somethings You Might Know About Women Sometimes - eBook