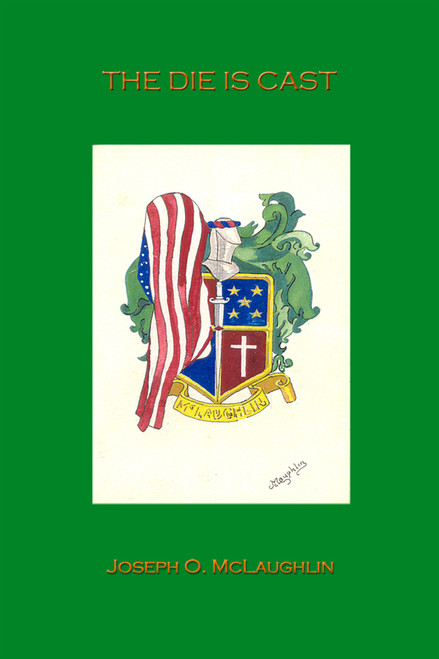 This memoir will find the reader nostalgically transported to the America of olde; a time when, during the Great Depression, Joseph McLaughlin grew up in a poor Irish Catholic neighborhood in Fishtown, Philadelphia. Yet, he uses the term depression loosely because, for him, it was not a time of despair but of great growth, and the peace and comfort of family, familiarity, and friends. No matter how poor they were, McLaughlin writes, they could always spare enough to give to someone who had less. Soup kitchens, heel-less socks, afternoons scrounging for spare coal, and hand-me-downs didnt hinder Joe in those early days that he truly learned that the most valuable things in life family, friends, courage, and character really are all free.

His Fishtown youth with a family of eight, a growing love and aptitude for the arts, and enough fill of friendship and romance is what shaped and welded McLaughlin into the man he was to become. Enter World War II.

Combat on foreign shores, POW camps, hospitals, and macabre morgue duty are what color McLaughlins passage into manhood, most of which take place before he turns twenty-one. Here he reflects on the effects of war on all parties: soldiers and civilians, victims and winners.

This account is, like the times he recreates, a true gem of quality, character, and clarity. The Die Is Cast sparkles with beauty, the kind McLaughlin is able to mine from the most improbable of situations. His tale is written with striking prose, cordial and candid, and the reader cannot help but feel warmly for Joe and his long journey that led him to a greater treasure than he couldve ever imagined.

Joseph O. McLaughlin, Philadelphia native, has been a resident of Bethlehem, PA, for the past sixty-three years. He was a scientific glassblower for Western Electric, AT&T, and Bell Telephone Laboratories and belongs to the Veterans of Foreign Wars, the Telephone Pioneers, and the Cathedral Church of the Nativity in Bethlehem, PA. A long-time lover of art, he has attended the Hussian School of Art in Philadelphia as well as the Graphic Sketch Club of Philadelphia. Joseph and his wife, Patricia, have two children, Kathleen and Joseph. He originally wrote The Die is Cast for his children and grandchildren.