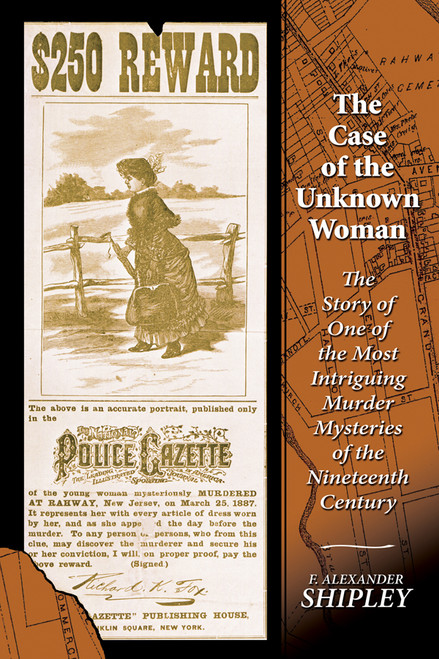 The Case of the Unknown Woman: The Story of One of the Most Intriguing Murder Mysteries of the Nineteenth Century
by F. Alexander Shipley

This is a fascinating tale based on an actual event that began on March 26, 1887, when a young woman was found murdered in a field on the outskirts of Rahway, New Jersey. She had been bludgeoned about the face, and her throat had been cut from ear to ear.

F. Alexander Shipley has provided a detailed history of the investigation into this murder, including numerous identifications of the victim and several confessions to this horrendous crime. Thousands of individuals, many of whom had a missing family member or friend, thronged to the local morgue, eager to catch a glimpse of the victim in hopes of identifying the remains.

Some have speculated there is a possible link between this dastardly deed and the crimes of Jack the Ripper.

F. Alexander Shipley, a retired high school English teacher and lifelong resident of Rahway, New Jersey, and his wife, Robin, reside in the very town where these events occurred over a century ago. He is the father of two, Lauren and Sam.

His interest in this case began at age ten, upon reading a brief one-page account of the story and as he researched his other books, he came across more information that led him to write about this mysterious case.