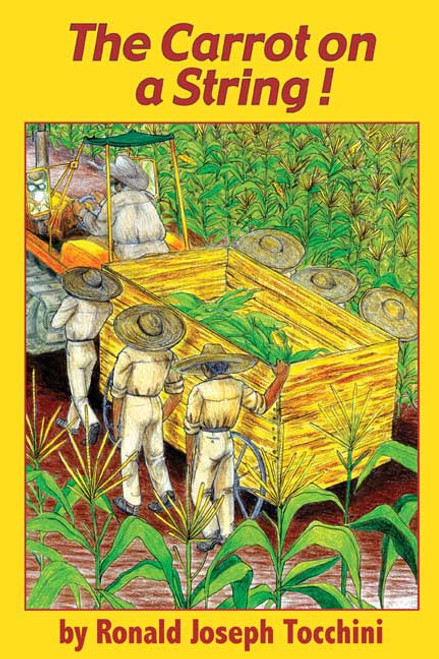 by Ronald Joseph Tocchini The Carrot on a String! is not a book to be read. It is a book to be experienced. The flow and rhythm of the diction, in addition to the imagery, immerse(s) one in the immediacy of the moment. The author draws us into the harsh life of the illegal immigrant by depicting all of its sufferings and privations. He accomplishes that by employing an almost Joycean use of language. We can almost feel the sweat dripping from us, as we taste the raw emotions of the moment. We, too, are in justifiable fear for our wretched lives; and we, too, can rejoice in our escape. We can feel the misery and pain of those who toil, and we can empathize with them, as we watch them endure their plight. This is a book to make one think, and one that will not be easily forgotten. ABOUT THE AUTHOR Ronald Joseph Tocchini is a man who knows whereof he speaks. His many years of experience working with Mexican migrant workers have given him a rare insight into their privations and sufferings. A lifelong native of San Francisco, he has been active with the American Translators Association and the Foreign Language Association. He holds a Masters degree in Spanish and has completed all of the courses for a Doctorate in Romance Languages. He teaches Spanish at the City College of San Francisco. He also confesses to being a major sports fanatic who spends much of his time watching sports events, when he could be writing. He is single. (2006, paperback, 50 pages)
×