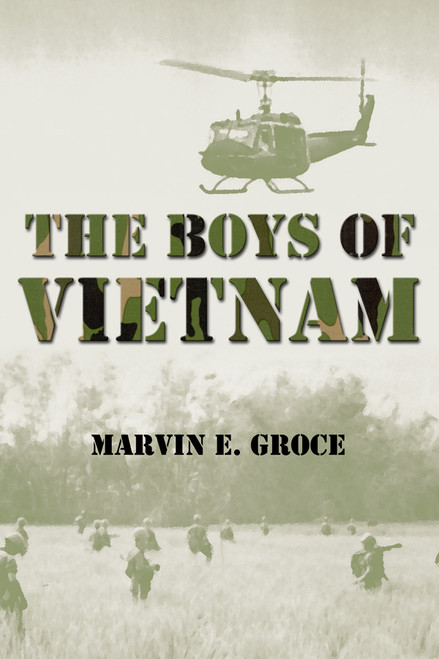 The Boys of Vietnam
by Marvin E. Groce

Each is different and unique, each comes from diverse background, each played significant roles in their existence, but all of them fought to defend their land, to help each fellow comrade in times of war.

Chief Warrant Officer Three Michael James Braham was a senior pilot-in-command and the brigade's chief instructor pilot. He was assigned to take over the new designed aircraft that would replace the Army's modified UH-1 attack helicopters. On one of his patrols, his aircraft was attacked on the Cambodian border, and it crashed. He and his assistant, Warrant Officer One Norman Glass, wandered in the forest in an attempt to not be seen by the enemy.

They were captured by none other than the traitor, Captain Truong Chao His. Capt. Truong was known as part of the North Vietnamese Army regulars in disguise against the United States of America.

Private First Class Richard Metcalf joined the Army to prove something to his self, family, and those who underestimate him when he was young.

Lieutenant Colonel Reynolds and Captain Bussey worked hand in hand to rescue those who were missing and suspected to be imprisoned by the Vietnamese Army.

All of them fought till the end--some succeeded, some were defeated. But their determination and well-adept military prowess showed their dedication in their profession, as well as to the welfare of their fellow comrades.

My name is Marvin E. Groce, and I served in Vietnam for two tours between 65 and 69. On the last tour, I was a helicopter pilot but the flight time accumulated greatly. I retired in 1977. During the early eighties and part of the nineties, I had aspired to become a commercial pilot. It did not work out that way. I actually have begun my writing late in the eighties until I became very ill in the late nineties. It was years before I was able to recover and I was recently looking over some old filmstrips and diskettes and wondered what would happen if should pass away. Would it be years after my demise that I would be discovered again?

The accounts in my story are fictional, and many of the places do not actually exist, but they are associated with areas of actual places with actual combat troops. The storyline follows one man's dream. I've tried really hard to avoid negativity so there will not be hard feelings one way or the other, especially among ethnic and religious groups.