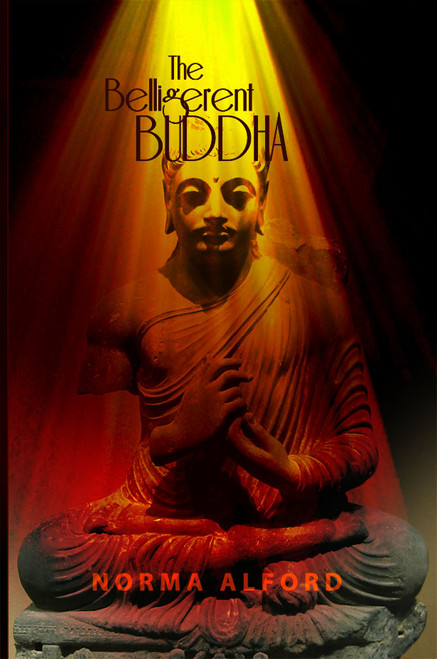 The Belligerent Buddha
by Norma Alford

The Belligerent Buddha by Norma Alford is a delightful work of crime and mystery encircling a quirky detective by the name of J.T. Stretcher, who works for the Jericho Popplar Detective Agency. She is introduced to a chic middle-aged widow by the name of Zelda Morgenstern, who wishes to hire her to find an unusual piece of art that has disappeared from her home. She refers to it as the 'Belligerent Buddha' and describes it as a 500-lb. statue made of green jade, which appears to have a scowl on its face, hence, the name.

J.T. endeavors to determine how such a large piece could possibly be removed from a second-floor ballroom without someone noticing. With very little to go on, she dives into the middle of an ever growing pool of deceit and subterfuge, and realizes that someone from an unlikely cast of characters is responsible for the portly icon's disappearance. When one of them is murdered, the investigation takes a turn, requiring Detective Stretcher and her associates to come together, with the assistance of the police, to solve this crime. Through several twists and turns and by the process of elimination, J.T. narrows the search, but can she trick the thieves into tipping their hand?

Norma Alford is a lifelong resident of Texas, currently residing in Austin as the mother of two, with numerous grandchildren and great-grandchildren. A graduate of Waco High School and Central City Commercial College in Waco, Texas, she also attended Lamar University in Beaumont.

A former legal/executive secretary, she is a retired pilot and has maintained an interest in flying, the arts, sports, and writing. Fifty years ago, the author began writing short stories, novels, poetry, and plays, several of which were produced by a small theater group. Her interest in writing mysteries stems from her curiosity about puzzles and solving them.