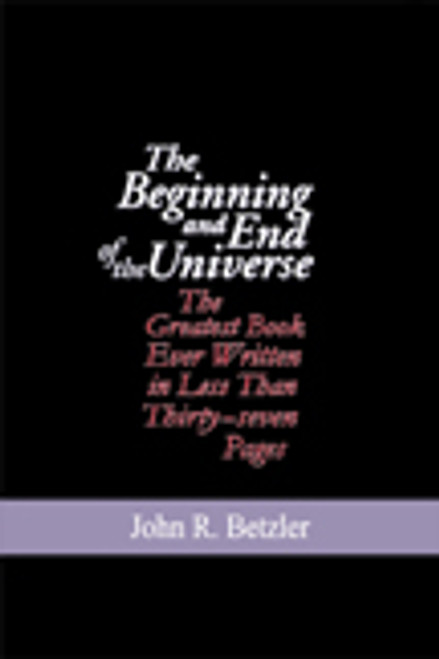 by John R. Betzler In this little book, John R. Betzler takes on all of organized religion, with some unexpected humor, wisdom, and even facts thrown in. The greatest minds of all mankind, the author says, do not know why the universe exists or when it will end. God, as defined by Christians, Muslims, Hindus, Buddhists, etc., is ludicrous, and the only intelligent conclusion is that it He is all-powerful and all-knowing, He is evillooking down at misery, disease, and religious warfare. We should hold him accountable About the Author: Born in St. Louis, Missouri, and a graduate of George Washington University, John R. Betzler now lives in Florida and describes himself as an entrepeneur. Although he served only in the U.S. Army, he was a member of the Navy League of the United States, the Air Force Association, the Asscociation of Naval Aviation, the Marine Corps Aviation Association, and the Tail Hook Association. A licensed commercial pilot, he spent over thirty-six years working in aviation for North American Aviation, McDonnell Douglas, and Northrop. Flying is still one of his major interests, along with reading, boating, skiing, bridge, poker, and investments. (2003, paperback, 32 pages)
×