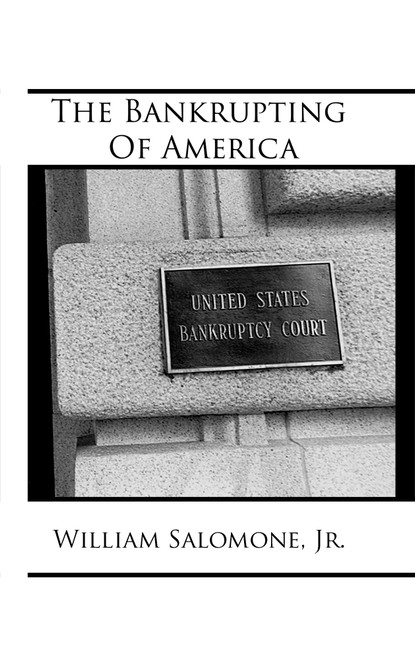 The Bankrupting of America explores America’s unimaginable national debt – which may never be repaid. It also addresses illegal immigration and terrorism, with suggestions of improving life for Americans.

William Salomone, Jr. is a retired businessman and financial executive – a numbers guy. He previously did not pay much attention to national politics. He was happy living the American Dream with his wife of 50 years and his son. However, in 2014, he retired and decided to look into the reported national debt in trillions of dollars and the financial strength of the government entity that was to be sending him Social Security checks. After his research, he was stunned and alarmed. It became his strong belief that if a private company reflected the same financial statement as the U.S. government, that company would be bankrupt and out of business.