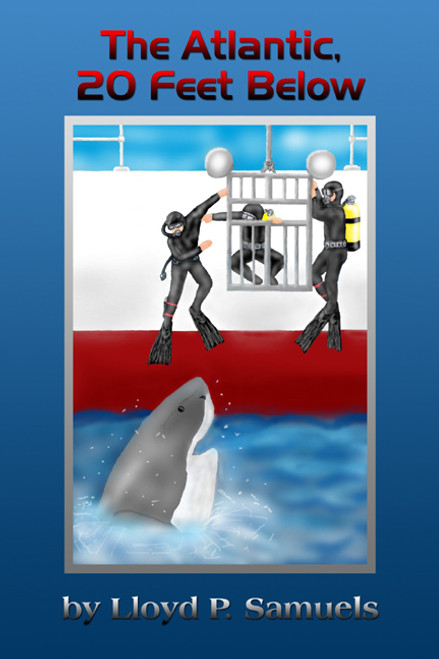 by Lloyd P. Samuels Sharks are one of natures most vicious and efficient predators, but they also rank up there as one of the most intelligent animals under or above the sea. It is with this in mind that Professor Carl Winthrop undertakes a top secret research mission for the navy under the guise of teaching selected students from his university marine class about the lives and habits of whitetip sharks. Unfortunately, he also attracts the attention of the most deadly of the species, the great white, in a battle for his life! Meanwhile, back on land, unknown foes on the university board of directors and senate are plotting his downfall for reasons he cannot fathom, until a clever lawyer beings digging and uncovers as convoluted and unethical a plot as ever existed in the world of college politics. Plot and subplot, The Atlantic: 20 Feet Below will keep you on the edge of your seat as Professor Winthrop battles both human and animal foes above and below the surface. ABOUT THE AUTHOR A native of Jamaica, West Indies, Lloyd Samuels and his wife, JoAnn, now reside in Charlotte, North Carolina, where he has retired as math professor. It was during his experience as a marine electronics supervisor for the University of Miami that he conceived of the idea for The Atlantic: 20 Feet Below. (2004, paperback, 80 pages)
×