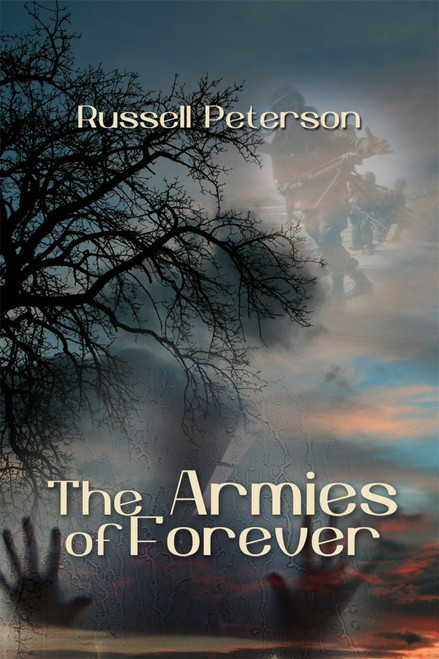 The Armies of Forever
by Russell Peterson

Hell is no place for humans. It is a dark, bloody, and fiery pit of torment run by demons and the outcasts of Heaven. There are miseries and horrors untold in the subterranean pit of Hell. The horror is increased tenfold, as all of Hell is in a frenzy preparing for the coming battle with Heaven. This is where Henry Wayne finds himself after his death. Though a man of little faith in life, he has a strong character in death. He is put in charge of a band of new recruits to Hells ranks, and together they are sent on a quest to retrieve a weapon that will turn the tide in the war with Heaven.

Matthew Martin is a brilliant scientist, has been awarded the Nobel Peace Prize, and is a man of faith. After his untimely death, he arrives in Heaven a beautiful, restful, and peaceful paradise that was meant as a place for men to dwell. Soon after arriving in Heaven, Matthew is reunited with his family, and colleague, Stan. Together, they begin building weapons for Heavens armies. The war with Hell is approaching, and the angels are planning their battles.

Meanwhile, Earth is being terrorized by the demons Deumos and Eurynome, led by Leonard, a fearsome and ancient demon. The three demons commit horrors the likes of which men have never seen, and cannot explain. Law enforcement agencies are scrambling to try to find the cause of these crimes everyone from county sheriffs to the F.B.I. Little do they know they are fighting forces of which they have no understanding, and against which they are powerless. Many lives are lost in the destruction leading up to the final battle, but there is a chance for salvation, if the humans can find it.

Russell Peterson is a native of Spokane, Washington, where he currently resides. His hobbies include furniture refinishing, studying the Bible, and reading. His journey to completing his books reflects his battle to resist lifes many temptations and addictions. He hopes this book will deliver the message that all of us are simply temporary spirits, standing at ground zero of an eternal battle.