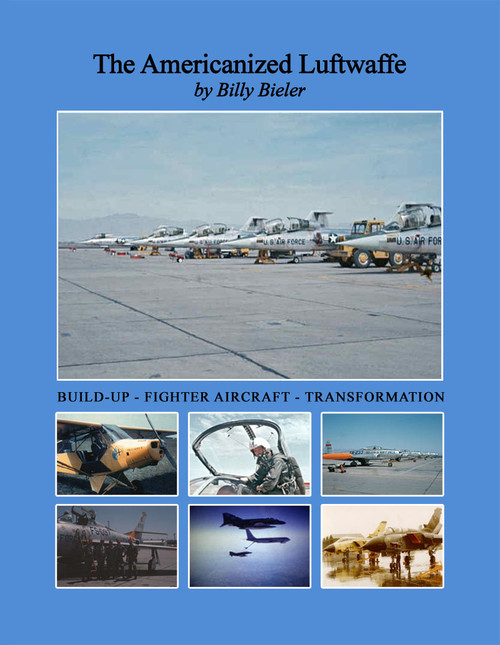 The Americanized Luftwaffe
by Billy Bieler

The Luftwaffe, a significant component of the late German Armed Forces (Bundeswehr) and arguably one of the major pillars of the Atlantic Alliance, thanks to its size and positioning within NATO, served as an influencer of change in the post-Cold War and Reunification periods. Although Luftwaffe was certainly influenced by old squads and their merits, it accomplished much for the new democracy, thereby contributing to the preservation of peace.

The Americanized Luftwaffe explores all aspects of the post-war Luftwaffe, from its weapon system effectiveness and fighter weapon systems characteristics to its significant partnership with the United States Air Force.

Through in-depth analyses of Luftwaffes aircraft performance, deficiencies of the operational spectrum, and the complexity of its weapons systems, much of which were developed in the latter part of the last century, The Americanized Luftwaffe demonstrates the extraordinary undertaking involved with both the reorganization and buildup and the tactical weight and importance of the Luftwaffe within the alliance.

The Anxiety of a Millennial: A Poetry Compilation

The Animal Kingdom in Confusion

The Adventures of the Three Angels