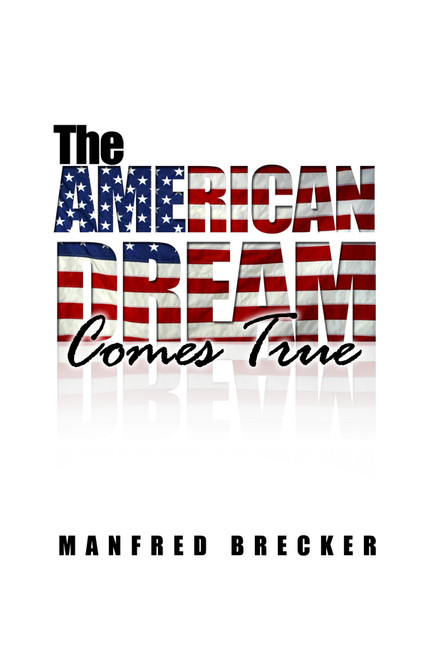 The American Dream Comes True was written to introduce Manfred Breckers father to his siblings. It is a story that takes into account a history of their family, which spans almost one hundred years. It is a story of how an ordinary man achieved the highest awards a soldier can attain in the Kaisers army during World War I.

Max Brecker was decorated with two Iron Crosses. These awards were earned on the battlefield. The story portrays his experiences during the war and into the post-World War I years in Germany, living through the transition from a monarchy to a republic into a dictatorship and finally the hardship of surviving during the Hitler years.

Even though having amassed a great fortune and a national reputation, conditions enforced by the Nazis made living in Germany for a Jew very dangerous. Leaving Germany was the only option. Leaving behind his wealth and power, the patriarch of the family has to start life anew. This story shows us his courage and great wisdom, which has assured that there would be siblings on this earth today.

Manfred Breckers hobbies include golf, travel, and flying. He is totally immersed in the world of aviation. He acquired his lust for flying during World War II, when he was a member of the Navy Air Corps.

Manfred Brecker is the founder of Nichols Discount City, a chain of 60 stores, and Pharm House Drug Stores, a chain of 58 stores. He won the Retailer of the Year Award in 1970, a Certificate of Distinction Award from Whirlpool in 1969, and the 100 Million Iron Award from General Electric in 1968.

He is also a past Chairman of Political Action Committee of National Mass Retailers Institute and the recipient of the Prime Ministers Medal of the State of Israel in 1976.