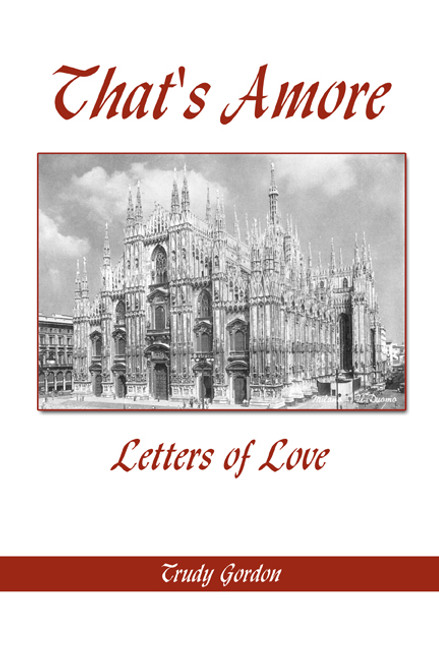 by Trudy Gordon More than four decades ago, Trudy Gordon took a vacation in Lugano, Switzerland, and met a man who would change her life forever. Mr. Maceo, a Milanese businessman, and Trudy, an American, met by coincidence when they shared the same hotel in 1957. She was 23 years his junior. A passionate love affair ensued, even though both were married and oceans separated them. Drawn together despite the odds, Trudy and Mr. Maceo kept in touch and met each other once a year in Crans Sur Sierre, Switzerland, a classy winter resort, to rekindle their desire for one another. Thats Amore: Letters of Love combines letters written back and forth over a period of about ten years, piecing together their often tumultuous relationship and illuminating their obvious care and concern for one another as friends, lovers, and kindred souls. ABOUT THE AUTHOR Trudy Gordon currently lives in Skokie, Illinois, a suburb of Chicago. She received a B.A. from Hunter College, New York. (2008, paperback, 58 pages)
×

The Adventures of Allie McDuff

The Adventures of Georgette the Turtle Who Survived Hurricane Katrina