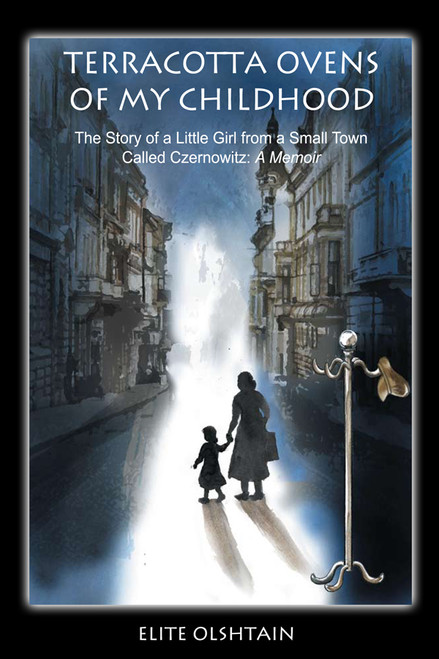 Terracotta Ovens of My Childhood
The Story of a Little Girl from a Small Town Called Czernowitz: A Memoir
by Elite Olshtain

This memoir tells the story of a little Jewish girl born in the spring of 1938, just before the Second World War. The family, who was relatively well off, lived in a small town, which had been part of the Austro-Hungarian empire and was now a district of Romania. Although the anti-Semitic climate had increased, life was still comfortable, until the Soviets took over the district in 1940 and the authors father was recruited to the Red Army.

In 1941 the Germans and Romanians conquered the town and all Jews were sent to a ghetto. Many of the Jews were deported from the ghetto to the concentration camps in Transnistria, including the authors mother. The little girl, however, stayed with her grandmother throughout the war. The mother was away for nearly three years in the camp, but miraculously, the whole family reunited and eventually immigrated to Israel, where they built their lives again.

Elite Olshtain was born in 1938 in Czernowitz. She currently lives in Jerusalem, Israel, with her husband, Zeev. She has three daughters and nine grandchildren, and she retired as full professor in Language Education from Hebrew University in Jerusalem in 2006. She enjoys reading, walking, and traveling.

Straight from My Heart: Poems and Stories