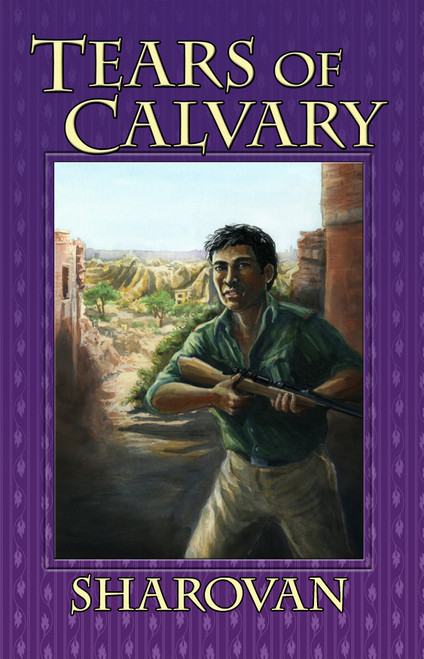 Tears of Calvary
by Sharovan

Tears of Calvary is based upon the corrupted, selfish missionary works of churches in the northern parts of India, collectively called the Diocese and the Church of North India.

The story follows Kshitij Kumar Calvary and his sadness as he cremates and buries the body of his beloved evangelized mother at the shore of the Jumna River. There was no available place in mission graveyards to bury his mother.

This practice causes much difficulty for Christians in India to find and purchase land for graveyards. Calvary's story also reflects on how Jesus was sold by His apostle and crucified on the hill of Calvary.

This novel will present the real picture of churches, Diocese, and missionary works in India. This novel clearly emphasizes that a situation may be coming soon where the Christian youth of India may take the justice in their hand, if the behavior of the Indian churches is not controlled.

Sharovan completed his BS degree in Biology and Chemistry in 1972 from Agra University. He started writing in 1972, and his first novel, Bikhre Phool (Scattered Flowers), was published in 1974 in Hindi. After that, he found a job in the Electricity Department of India in 1974 and worked until 1986. During this period, he also completed his masters degree in Hindi Literature and Sociology.

Over the years, Sharovan has written many short stories and published a Hindi novel and other books. For more information regarding his Hindi magazine, visit www.Yeshukepaas.org.