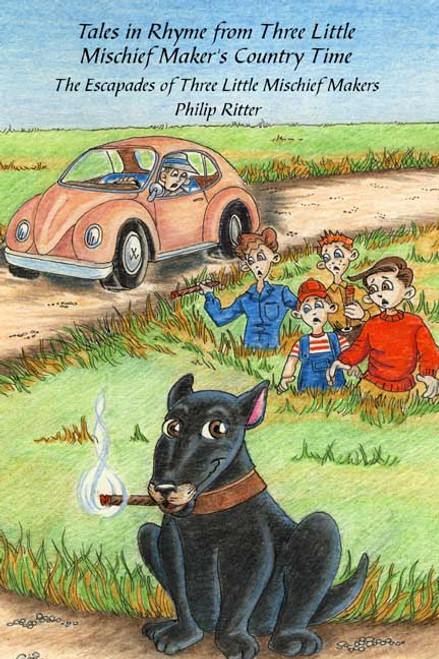 by Philip Ritter Do you remember your childhood friends the ones with whom you had innocent but mischievous fun? Philip Ritter recalls the trouble he and his best friends, Tim and Beany, found themselves in during the late 1950s and early 1960s in Newton Falls, Ohio. As they passed the days looking for a little fun and adventure, Tim, Beany, and Phil confronted bullies, built tree houses and forts, and meat nature in its many forms. His numerous stories focus on the influence older boys have on younger ones, the mischief kids find and how they deal with their problems, the freedom of country living with its vast nature to explore, and the ability of nature to provide entertainment as well as a challenge. Join Tim, Beany, and Phil as they fight the fights of young boys in the authors collection of delightful short stories: Tales in Thyme from Three Little Mischief Makers Country Time: The Escapades of Three Little Mischief Makers. ABOUT THE AUTHOR Philip Ritter is a retired steel mill worker who has lived in Newton Falls, Ohio, where the stories of his collection take place, for all his life. He studied economics at Youngstown State University and earned an associates degree in accounting. In his community, Phil has been a member of the AAA Auto Club since 1979, and he is also a member of the Trumbull County Farm Bureau. In his spare time, Phil enjoys walking, bicycling, watching old TV westerns, and shopping at flea markets. This collection of short stories is his first published book. (2005, paperback, 70 pages)
×

Tales from Hoot Owl Hollow: Life on the Funny Farm