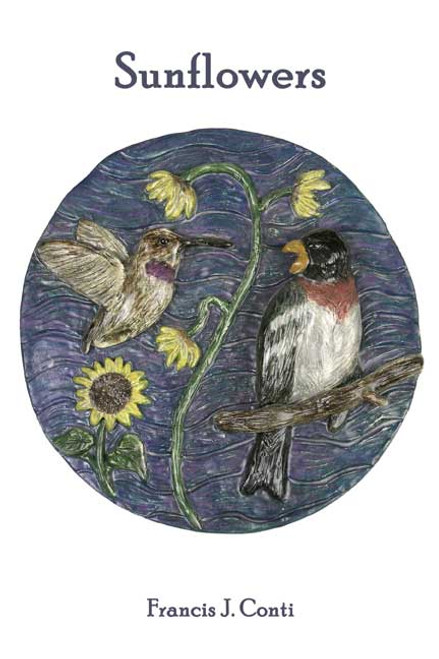 by Francis J. Conti In the farm on top of the ridge, a war is going on. The old farmer can feel it, but he doesn't recognize the full extent of the fighting. For years he has tried to grow organic produce without the use of pesticides and chemicals. But with potato beetles threatening to devour his crop, he doesn't know how he can survive. He comes up with a plan to entice the birds to stay on the ridge and protect his crops in the spring. Meanwhile, a group of brave birds is facing a fight all their own. The beetles are more of a threat against nature than they thought possible. The crown-backed beetles have made a pact with some of the birds! If Raker, Pitch, Extra, Breezy, Jasper, and Lufu are going to save their friends, they must expose the hideous conspiracy and rescue one of their own from the deadly hawk, Irex, and his two cronies, Stone and Hoefer. Through their hardships, this integrated flock will learn the value of true friendship, discover a courage they didn't know they had, and recognize the importance of not interfering with nature's way. ABOUT THE AUTHOR Francis J. Conti is a native of Pittsburgh, Pennsylvania. A retired electrician, he now makes his home in Nettles Island, Florida, a close-knit community of over fifteen hundred families. While writing Sunflowers, he lived in the Laurel Mountains of Pennsylvania. The gypsy moths that plagued the northeast inspired him to write. Insecticides were used to keep the caterpillars from devouring the forests, and he and his wife noticed they did not see any small animalsno chipmunks, quail, pheasants, or squirrelsfor two years. His interests include ancient history, genealogy, walking on the beach, surf fishing, and following the Pittsburgh Steelers. He is married to Helen Rothlisberger Conti and has four children from a previous marriage. (2008, paperback, 216 pages)
×

Superstars of the Galaxy