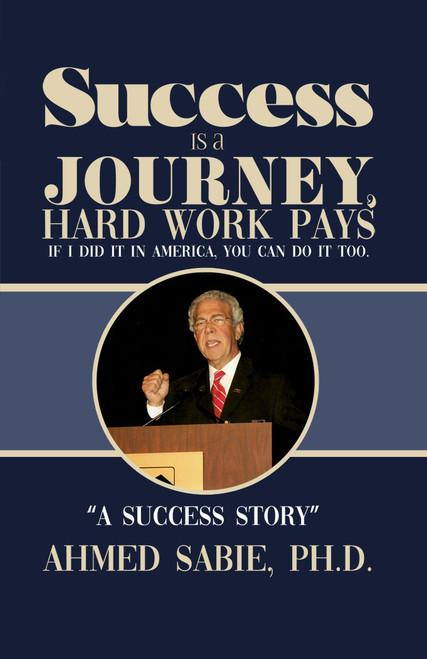 Ahmed Sabie’s wife Vicki prompted him to write this book so their children would have a better perspective of their Iraqi heritage. They needed to know the details of his background and early childhood, and of the experience he had growing up disadvantaged, yet struggling to succeed, despite all obstacles. Beginning as a foreign student, and becoming an American citizen, this is his success story: “Therefore, this is the theme of my book: How hard work and persistence can be rewarding. There was no option BUT to succeed.”

Ahmed Sabie was born in Baghdad, Iraq. He spent the early years of his life growing up in the city of Baghdad during the 1950s and ’60s. He came to the United States of America at the age of twenty-four. Dr. Sabie received his Bachelor of Science and Master’s degrees from Morehead State University in Eastern Kentucky. He received his Ph.D. from the University of Missouri in Columbia, Missouri.

Dr. Sabie has worked as a teacher, an academic supervisor, a principal and Kentucky State Director of Tech Prep and Division Director of Program Services. Along with being published in numerous state and national publications, Dr. Sabie is the author of a book titled The Pathway from Baghdad to Tech Prep, a Success Story.

Dr. Sabie has been married to Vicki B. Sabie, M.D., for forty-five years. They have three children: Tarik, Rema and Adam. He also has four grandchildren: Harrison, Layla, Myah and Amira. In 2016, Dr. Sabie retired and he is currently enjoying living comfortably with his family in Louisville, Kentucky.