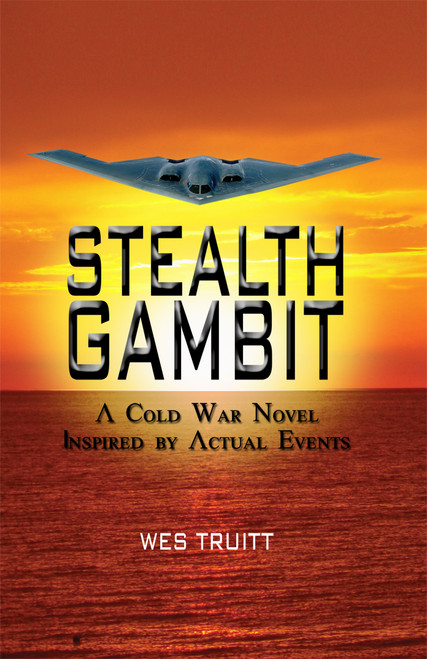 Set in the midst of the Cold War, Stealth Gambit is a compelling, realistic tale of espionage between the CIA and the Soviet KGB. An ambitious but nave Columbia University graduate student, Nick Butler, is recruited by the CIA. He poses as an industrial spy for a major U.S. aerospace company, stealing classified military airplane technology from NATO aerospace companies for his company's use. The data is falsesupplied to him by British, French, and U.S. intelligence.

Believing the data is genuine, KGB female agents take the technology from him to assist Soviet aircraft design bureaus in their race for air supremacy against the U.S. Air Force. To obtain his industrial secrets, KGB women agents seduce our unsuspecting hero, who later finds out who they really work forYuri Andropov, Chairman of the powerful KGB.

As the tension mounts later in the story, our handsome hero lets the KGB rob what they believe is the ultimate prizestealth airplane designs from two leading U.S. companies. The designs are fakes. During these activities, he unearths a network of KGB moles operating within the U.S. headed by the FBI's Deputy Director for Counter-Intelligence.

The story unfolds in exciting locations: New York; London; Paris; Moscow; Washington, D.C.; and Los Angeles. There are scenes at Columbia University, the Farnborough and Paris Air Shows, KGB Headquarters, the Pentagon, the CIA, and the White House.

Wes Truitt is an experienced writer, having published four nonfiction books, the latest of which is Power and Policy: Lessons for Leaders in Government and Business (Praeger Publishers, 2010).

He bases the realism of Stealth Gambit on his years of experience as an executive in the military aircraft industry and his long association with the CIA, the Defense and State Departments, and the U.S. Air Force. He was a consultant to Rand Corporation, the USAF's leading think tank, and is currently a member of their Policy Circle. Also, he was Adjunct Professor at Pepperdine University's School of Public Policy, at UCLA's Anderson Graduate School of Management, and Executive-in-Residence at Loyola Marymount University's College of Business Administration.

He earned a Ph.D. in Political Science at Columbia University.