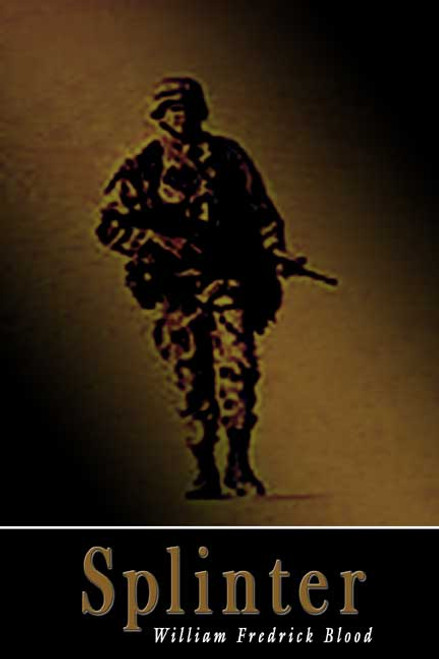 by William Fredrick Blood Francis Wood, a.k.a. Splinter to his friends, is at the epicenter of this thrilling drama. A retired military officer, blackballed by superiors over a love triangle, Splinter must run top-secret special black ops to keep afloat. William Fredrick Blood takes readers into the heart of these dangerous operations, known only to those on the inside. Through the eyes of Splinter, Blood captures a world of intrigue and blackmail, of power plays and revenge, of friendship and betrayal. Splinters trusted associates, Spud and Stiffy, join him in the worlds roughest spots, from Sarajevo to the Middle East. Blood traces Splinters path, as he seeks to avenge the death of a friend and tries to put his life together. Readers will rise and fall with the retired major, as a promising business venture goes awry and he must finally stake his future on an improbable journey to rescue a treasonous monarch. Be it in the midst of life-and-death espionage, or the simple pleasures of friendship, Splinter is a soldier to follow into the trenches. ABOUT THE AUTHOR William Fredrick Bloods experiences in the military led him to fulfill his lifelong desire to write a novel. A native of England, he currently works in Middle Eastern commerce, and resides in Britain with his wife, Janet, and their two pet dogs. (2006, paperback, 76 pages)
×