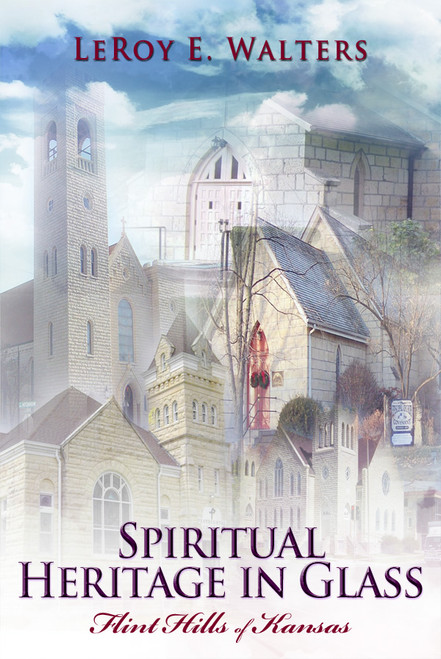 Aside from playing a rich part in the nations history, Geary County takes no small pride in the tradition of stained-glass use among its well-renowned religious buildings, along with the proofs of faith interwoven in the stories that went with them.

St. Marys Chapel, for instance, features a long standing Gothic architecture, with exquisite works of arts depicting the central messages of Christianity. Noticeable, of course, are the prominent use of stained-glass windows throughout the chapel, helping accentuate the overall air of sanctity and feeling of sanctuary for the churchgoers.

Apart from the interesting tales about the buildings themselves, LeRoy incorporates interesting historical pieces that should intrigue the readers about the subjects found in those sacred sites.

LeRoy E. Walters was born in March 1937 in Huntington, Indiana, to a large family with sixteen children. He joined the military at the age of seventeen and is among the soldiers who served in Vietnam War. He retired in 1974 and delivered liquor to retail stores for a year before working for the Federal Civil Services in Fort Riley. For four years, he studied computer programming at night, and in 1981, he was able to secure a position at the Post Computer Center, retiring as supervisor in 1998. Bible and history are among his passions to which he devotes much of his time studying.

The Arkansas Hillbillian and P.F. - ebook

The Arkansas Hillbillian and P.F.

Sounds of the Bamboo Forest