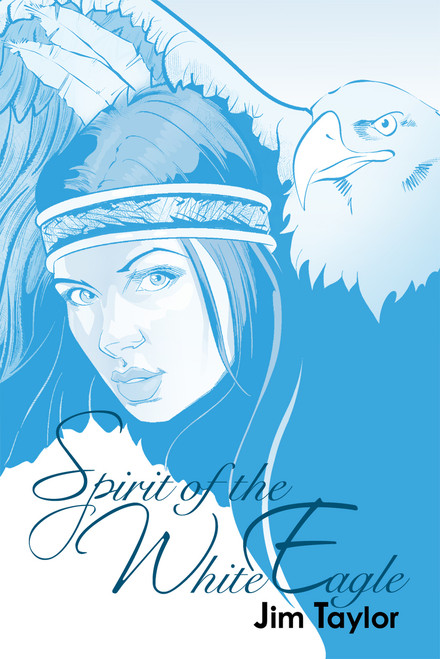 Spirit of the White Eagle
by Jim Taylor

In the American Wild West, the only law is the gun, and justice hinges on the speed and skill of man wielding it. Orphaned in the state of Virginia and fleeing conscription into the Confederate Army, Matt Clayton makes his way to Mexico, then braves Comanche territory to head north. Its there Clayton meets the beautiful Comanche princess Desert Flower, whose spirit will watch over him as he travels the West, building a reputation as a fast gunslinger and an honest man.

When Becky Morrisons husband and father are gunned down by the greedy Vince McKenna and his gang, Clayton finds more than he ever expected on the Circle K Ranch: love, a home, a future. But for a man like Matt Clayton, there is no peace until justice has been done. McKenna and his allies must pay for their crimes. But can one man bring down the quickest guns of the West? Under the guidance of the White Eagle, Matt Clayton might just have a chance.

Spirit of the White Eagle is a classic Western, with nods to legends like Kit Carson, Wyatt Earp, and Doc Holliday. Matt Clayton struggles with good and evil, with loss and hope, with friendship and disappointment, trying to find his place in a rapidly changing world, a world not so different from our own.

About the Author: Jim Taylor was born and raised in rural Virginia. He served as a combat engineer in the Vietnam War, and has since worked in construction, as well as holding local office and serving as a member of the Local Volunteer Rescue Squad. Taylors passion for Westerns has persisted since his youth, and he continues to read any and all accounts of both the real-life and fictionalized characters of the Wild West. His own family has numerous ties to that time period: a distant relative who was among the first Texas Rangers, Taylors who were heroes and outlaws across the West, and a family lineage that counts Cherokee Indians among its ancestors. Inspired by this passion for Westerns, Taylor has recreated that time and place in Spirit of the White Eagle, the first of many stories of the West.