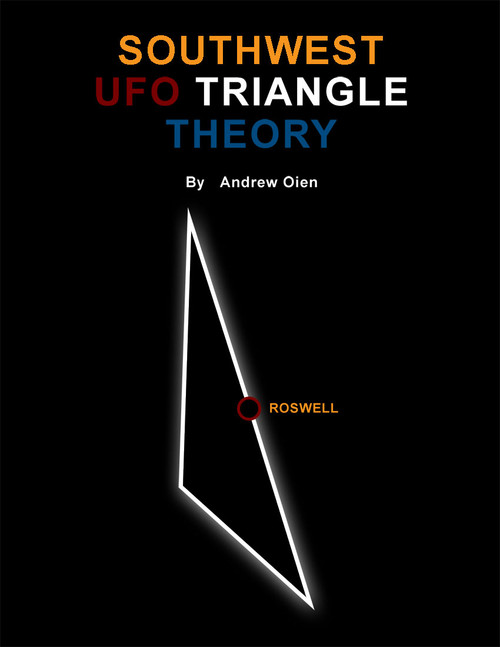 This is the next look at Roswell and the 1947 UFO crash Incident. It is a big picture review of the before and after. It gives a possible reason for UFO sightings and activities in the Colorado, New Mexico and Texas areas. It helps to explain why a UFO could have crashed so near to Roswell. It shows a 1946 and 1996 aerial photo of the reported crash site and a Government effort to hideaway the same area from aerial photos for the fifty years in between.

Andrew Oien has revealed his thought process and research capabilities in this work. His findings suggest that good photos of the era for the 1947 Ragsdale crash site are being intentionally withheld to prevent detailed analysis.

The material in this book is a new look at what has actually been in our faces forever. It reminds me of the term You cannot see the forest because of the trees. In this case, you cannot see what is right in front of you until you connect the dots. The dots have been connected. The findings are interesting and very curious to say the least.

Thanks for sending your material to read on the Roswell incident

Andrew has had an interest in Sci-Fi movies from the time he could watch them in the 1960s. As a child and young teen he had a high interest in reading the investigative stories of the Hardy Boys and Sherlock Holmes. He was a Boy Scout, is a Military Veteran and is an NRA member. His interest in the 1947 Roswell Incident began when his brother handed him a book on the subject in 1991. He began his research and writing after a visit to Roswell, New Mexico, in 1996. Ufology is one of his interesting pastimes. He has worked as a Mechanical Designer and Drafter for 20 plus years. Andrew is married, has a family and lives in So. California where he was born and raised.