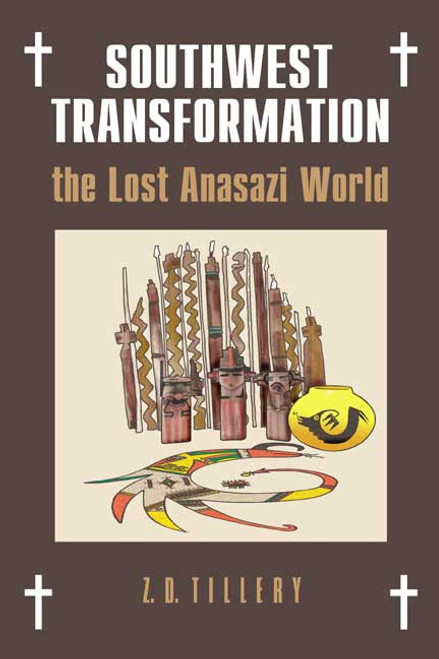 by Z.D. Tillery Southwest Transformation: The Lost Anasazi World examines the means and motivations of attaining religious understanding through considerations of Anasazi Indian mythologies and ancient rituals as they parallel a very definitive type of mysticism found in Christian doctrinal teachings. The Anasazi roamed the Colorado Plateau of America by as early as 8000 B.C. Their religious observations honored kachina transformation beings as life forces acting as intermediaries between the Great Spirit and mankind. Z.D. Tillery has developed a comparative estimate largely drawn between kachina spirits and Christ the Lord. Historically, these religions initially met in the sixteenth century amid explorations of the New World and became an enormous part of the cultural clash between Indians and Spaniards. By examining the art, archeology, societal order, and rituals of the Four Corners region in relation to Christianity, distinctions are found that serve to clarify the process of spiritual illumination and see the vital role religion plays in life. Southwest Transformation: The Lost Anasazi World reveals the influence of the Divine in ancient times and the preeminence of Christ the Savior in modern day forms of worship. Political commentary concerning the superior religious freedom in America also addresses and defends the respect for these rights. ABOUT THE AUTHOR Z.D. Tillery is a native of Oklahoma and currently lives in Colorado. He studied professional writing in the School of Journalism at Oklahoma University. The authors interests in ancient Indian culture and religious faith inspired Southwest Transformation, his first published work. He also enjoys exploring, camping, and reading. (2006, paperback, 172 pages)
×