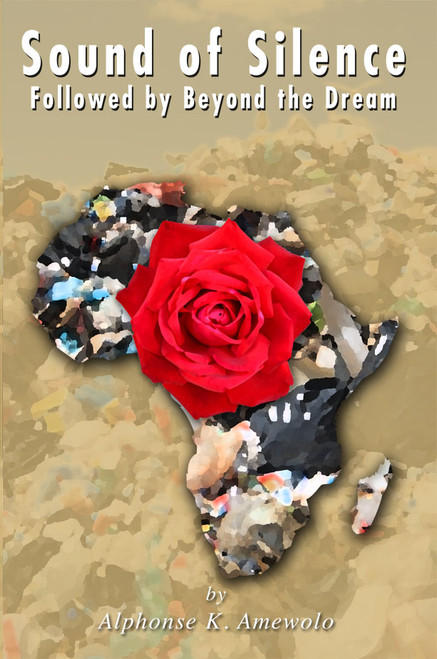 Sound of Silence Followed by Beyond the Dream
by Alphonse K. Amewolo

In Sound of Silence Followed by Beyond the Dream, Alphonse K. Amewolo paints a splendid panorama full of tumultuous and ongoing events, from history to the present, through an amazing dream and to a cruel reality that swallowed Africa, his motherland!

And finally, from reality to fiction, this book takes you through a special odyssey beyond the rainbow, where African nations still have a necessary power to believe in a better future, the pursuit of happiness, peace, prosperity, and the right to a life.

This pocketbook is an amazing summary of the dark pictures of La Nuit des long Couteaux (the night of the long knives) that terrorized Africa since the beginning of time and learnedly shined on the light of hope on her, without forgetting the nostalgia of good old days and hellish fever of resurgence of Africa the beautiful, the cradle of humanity!

Alphonse K. Amewolo was born in the middle of the humid and warm summer of August 1968 at Kouv in Yoto County in Togo, West Africa. Contrary to millions of authors, Alphonse is auto dictate. After his training in Military Academy ENTSOA (Technical National School of Pence Officers Hurries-Up) at Issoire in France, he went back to his native country, Togo, to serve as sergeant in the army. But he quickly found out that his career and its bloody love for freedom is in conflict and forced him to exile from 1993 until the present! Bitten by the bugs of liberty and democracy, Alphonse follows nonstop his unfailing sound madness love for the Unity of Africa.