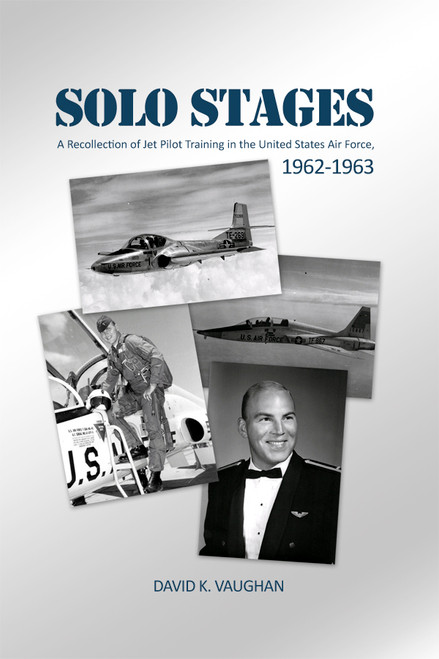 In his book, Solo Stages: A Recollection of Jet Pilot Training in the United States Air Force, 1962-1963, David K. Vaughan recounts an influential part of his life as an Air Force pilot.

After graduating from the Air Force Academy, Vaughan is sent to Webb Air Force Base at Big Spring, Texas, where he undergoes a variety of lessons both in the air and in the local community. Vaughan details both his flying lessons and his day-to-day experiences throughout the book, beginning the written journey of the solo stages that shaped his life and career.

David K. Vaughan is Professor Emeritus of the Air Force Institute of Technology, where he taught courses in technical communication, military ethics, and the literature of the U.S. Air Force. He is a graduate of the United States Air Force Academy, class of 1962, and flew a variety of training and cargo aircraft during his twenty-year career in the U.S. Air Force.

Vaughan has two sons. He lives with his wife Rosemary near San Antonio, Texas. He has published a number of articles and books in the area of aviation literature and history.