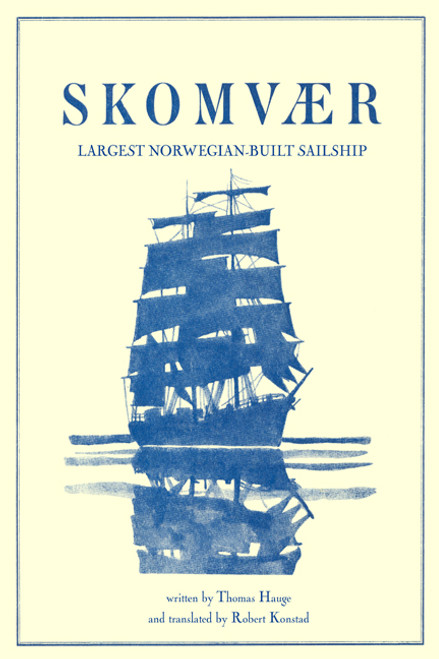 written by Thomas Hauge and translated by Robert Konstad Maritime history is filled with remarkable vessels, astounding accomplishments, and awe-inspiring adventures. Holding its rightful, prominent place in this seafaring milieu is Skomvr: Largest Norwegian-Built Sailship. Skomvr was the first and largest sailship constructed completely of steel in Norway. From 1890 to 1921, the three-masted ark completed 77 voyages worldwide and traveled 569,000 nautical milesoften setting records along the waybefore retiring as more efficient steamships pushed it out of service. Here Robert Konstad presents his English translation of the original book on Skomvr, written by Thomas Hauge in 1947. This history of the Skomvr and its voyages was built and fleshed out using the collection of letters and telegrams between Captains Rafn and Eriksen and J.C. Knudsen, the ships first owner, as well as by examining accounting records and interviewing former crewmembers, officers, passengers, and captains. A vivid portrait of life on a merchant ship, and of life on the high seas, is deftly created through the keen attention to detail paid to the personalities of the captains and their often questionable crews, as well as the sailing routes, ports, and cargo delivered and brought aboard. From the ships construction specs to entanglement with other ships in port and dangerous weather at sea, the account puts you there with consideration of their basic business concerns as well as in times of crisis and breathtaking moments such as the ceremonial cheering of the homeward-bounder. ABOUT THE AUTHOR Robert Konstad was born in Norway and is a citizen of the United States. He has a lifetime of experience with ships, both sail and steam. He served a four-year apprenticeship at San Francisco Naval Shipyard as weapon fire control mechanic. He retired in 1989 having worked the last twenty-one years as ship surveyor electronic integrated systems mechanic for Supship San Francisco, a branch of the U.S. Navy. He is submarine qualified and retired from the United States Naval Submarine Reserves as Senior Chief Quartermaster in 1981. He is a veteran of the Korean War as well as a veteran of the Cold War. He and his wife Anne share two sons. The translation of this book is dedicated to the authors grandson Christopher. (2008, paperback, 126 pages)
×

The House that Momma Built - eBook

Six in a Flivver

So Many Rivers to Cross: An Impression Spiritual Welcoming