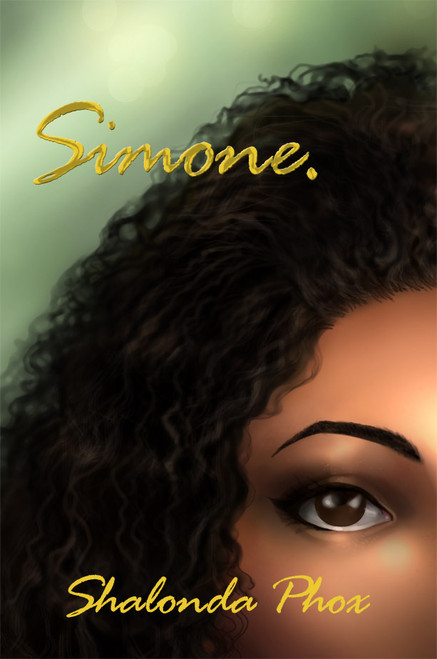 Simone. depicts an inspiring story about a young veteran of the U.S. Navy and her life with a new fiancé, family, and friends. These happenings bring about a smorgasbord of sex, drama, love, fear, pain, happiness, humor, and scandals. The experiences of a female veteran of the armed forces are rarely told, making this story all the more powerful. When one thinks of a veteran, the first picture that pops into their mind is a male, usually older, and usually of the army.

People tend to forget about the women who also put their lives on the line, serve their country, and then leave the service believing their stories will be told, only to find out their duties have been all but forgotten. Author Shalonda Phox knows we have to do better and wants her readers to think of women veterans as normal beings who do not want to be pitied, but instead want to have their stories told their way. She feels the experiences of women veterans must become a vast variety of unapologetic beauty, rawness, and openness.

Shalonda Phox currently resides in New Orleans, but she was born on a military base in California, thus growing up as a military brat. Her family moved over twelve times before she graduated high school, growing up in states such as California, Louisiana, Texas, and Tennessee. After high school, Phox went to college for a while before she joined the U.S. Navy. Seven and a half years of aiding her fellow sailors and marines later, she left to pursue her dreams.

Phox loves to play Mortal Kombat—she’s been playing since 1995. She enjoys reading books that open her mind to various ideals and thinking, believing that if you know who you are as a person and have a strong sense of self, studying new points of view will bring about a respect and tolerance for differences in others. Furthermore, Phox enjoys life itself, including historic museums, art museums, getting lost in great music, meditation and, most of all, spending time with her son.

Sister, Let Me Tell Ya

Shooting in the Ivory Tower