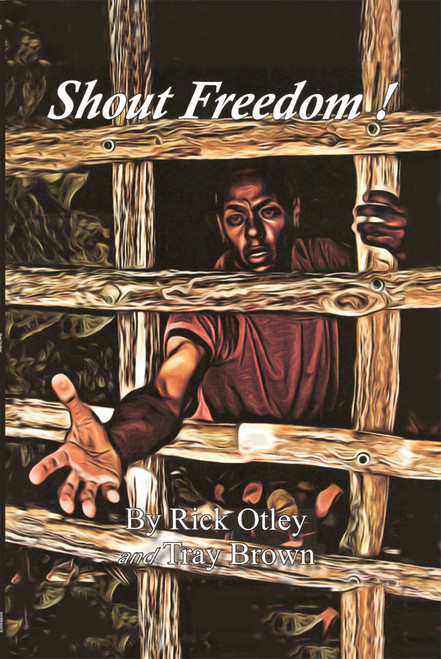 By: Rick Otley and Tray Brown

Shout Freedom takes place in Galveston, Texas, during the spring to summer of 1865 and focuses on a slave family and the plantation owner’s family. Because of the Emancipation Proclamation, slavery is outlawed, but plantation owners keep this as secret as long as they can, until June 19, 1865, when Union soldiers sail into Galveston to make sure the slaves hear the truth.

Rick Otley has spent his professional life as a journalist, teacher, and dramatist. His passion for the theater began as a teenager, when he was told by a teacher to stop wandering around the halls and do something constructive. So the young Otley took drama classes and has loved the theater for decades. Rick met his wife, Novetta, when they auditioned for a college production of The Crucible. The two have four children and three grandchildren and reside in San Antonio, Texas.

Tray Brown has roots in San Antonio and Oklahoma City. As a young person, he had a passion for football, basketball, and track and field. His artistic side was evident back then as well with performances in music and theater. Tray’s devotion to performing arts as an adult has landed him toles in numerous plays and writing music. His partnership with Rick allowed them to research and write an original play based on diary entries by a Galveston slave who is a distant aunt of Mr. Brown.

Dirty Wedding Dress: The Dirty Past