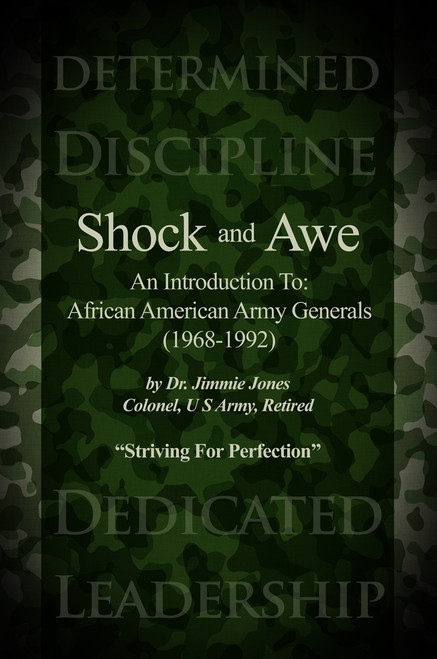 the latter half of the 20th century was a turbulent time for race relations in the United States. In the public sphere, protests, riots, and violence were not uncommon when tensions reached their peak. But in the United States Army, a more peaceful transition took places as highly trained, highly intelligent African American officers rose through the ranks in a de-segregated military. Some of the names, like General Colin Powell, are familiar to the general public, but many more are not.

Dr. Jimmie Jones, himself a retired African American officer of the United States Army, presents here a comprehensive look at the evolving role of black officers in the army over the last several decades. The story he tells is one part history and one part charming narrative as he recounts his journeys around the country as an officer moving up the ranks and as an avid interviewer taking every opportunity possible to meet with the trailblazing men and women who broke barriers to become the first African American general officers in the army.

About the Author: Dr. Jimmie Jones was born and raised on a farm in north central Florida. As a child he attended segregated elementary and high schools. His numerous degrees from several different institutions include a Bachelor of Science degree in Mathematics, a Master of Arts degree in Counseling, and a Doctorate in Educational Leadership.

Dr. Jones served as a second Lieutenant in the Air Defense Artillery Branch of the United States Army. During his twenty-six years he served in Korea, Viet Nam and Germany commanding Air Defense Artillery units. As a Major, he served as a Personnel Assignment and Professional Development Officer in the Army Personnel Management Center in Alexander, Virginia. His final assignment was as Personnel Director for the Army National Guard in the Pentagon.

After his service, Dr. Jones worked in public schools across the country as a teacher, coach, and principal. He was also a professor at Everest University in Jacksonville, Florida and was the Founding Principal of the all-girl charter school Waverly Academy in Jacksonville.

Finally retired, Dr. Jones and his wife now live in Las Vegas, Nevada. He is an avid marathoner and golfer.