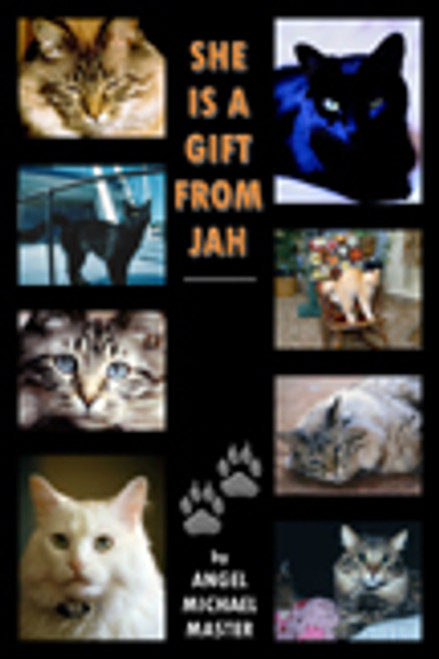 by Angel Michael Master Inspired by his reading of the Bible and his faith in God, Angel Michael Master was motivated to pen She Is a Gift from Jah: Essays of a Pet Owner to show how, from the very first book and chapter of the Holy Bible, mankind was given the duty to care for all living creatures on earth. Created in Gods image, man was to reflect the divine attributes of love, wisdom, justice, and power when, in Eden, he was commissioned to care for the fish of the sea, domestic animals, all the earth, and every moving animal upon the earth, as written in Genesis 1:26. Using essays, poems, and photographs, Angel Michael Master provides a moving tribute of one mans humble attempt to fulfill this mission through his daily interactions with his cats. About the Author: When he survived an accident in which he was thrown twenty feet into the air by a careless driver who ran a red light, Angel Michael Master was so grateful to God for his life, he became determined to make a difference in the world. He is an animal care specialist who believes that caring for a pet helps to fulfill Gods edict that humanity should care for all living creatures. Master resides in New York with his cats. (2003, paperback, 22 pages)
×

She Didn't Know that She Was Loved

Shooting in the Ivory Tower