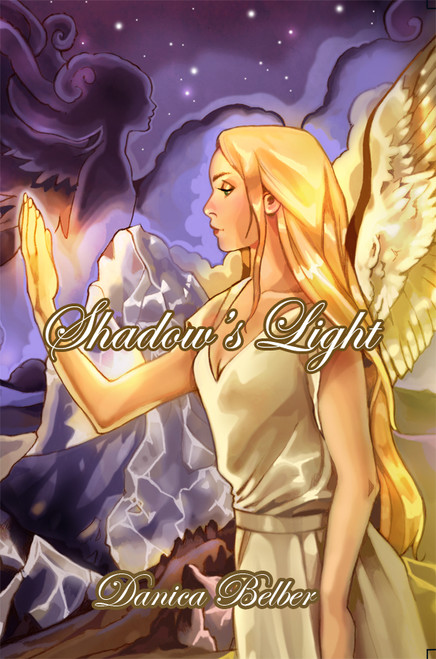 In this beautiful and dangerous world, there isn’t peace among the races of the Siphthan, Arvai, and Harpies, but there isn’t open war. Until the King of the Siphthan destroys the Arvai city of Skalin. Aramay and Hayden barely escape the slaughter. Aramay just wants to get her friend to safety – and ignore her own unsettling dreams and growing, inexplicable powers.

As they journey, the two become involved in a Siphthan rebellion and gain wary and unexpected allies of Siphthan, Arvai, and Harpies. When Aramay meets the Durani, the elements in physical form, myth becomes reality. The Durani have great power – but nothing, they say, compared to Aramay herself. She is the immortal Darnae, powerful beyond anything she can conceive – powerful enough to harm those she loves the most.

Filled with magic and danger, dark fears and fragile hopes, Shadow’s Light is a rich fantasy of the beauty and chaos of self-discovery.

Danica Belber has grown up with the characters of Shadow’s Light. Writing about self-acceptance and exploring the power and beauty of chaos has brought her closer to herself, and she hopes readers will also be challenged and encouraged.

A graduate of Mount Holyoke, Belber works as a project manager at Annkissam, a software development company. She loves spending her time writing in coffee shops, boxing, hiking and spending time with friends. She currently lives in Boston.