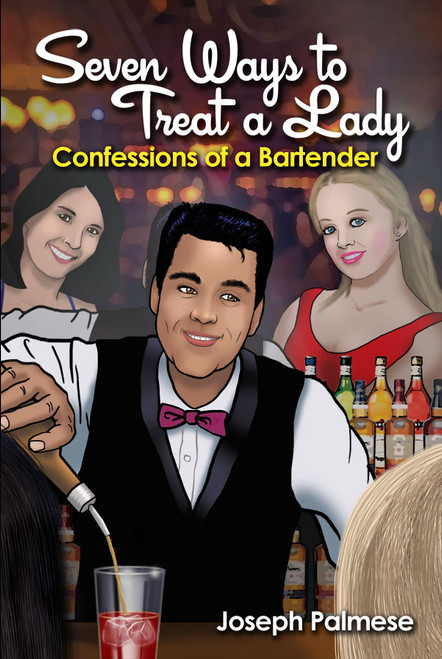 Seven Ways to Treat a Lady: Confessions of a Bartender
by Joseph Palmese

As a young man of eighteen years, in the time when the Vietnam War was raging, Joseph Palmese was given a choice by the court: court-sanctioned probation and possible jail time or enlist in the military. He chose the latter, joined the United States Marine Corp, and spent almost three years in Vietnam engaging in combat operations. But the mental stress and physical fatigue caused by his experiences in Vietnam had never tempered his dream of becoming a bartender, which he had a taste of right after boot camp. This book is fourteen years of his life as a Professional Bartender, during and after the military... and his passion for beautiful women... good wine... and Las Vegas... has only grown more intense over the years.

Joseph Palmese spent fourteen years in the bar business, the next twenty-five in finance, but his heart still thinks hes a professional bartender. When he was younger, it was all about him. He considered specific physical attributes important: long, red hair, green eyes, the usual. But as he grew older, it became all about her. Making love to a womans soul is all about looking past the obvious, and starts with knowing and understanding her, and pleasing her, not himself.